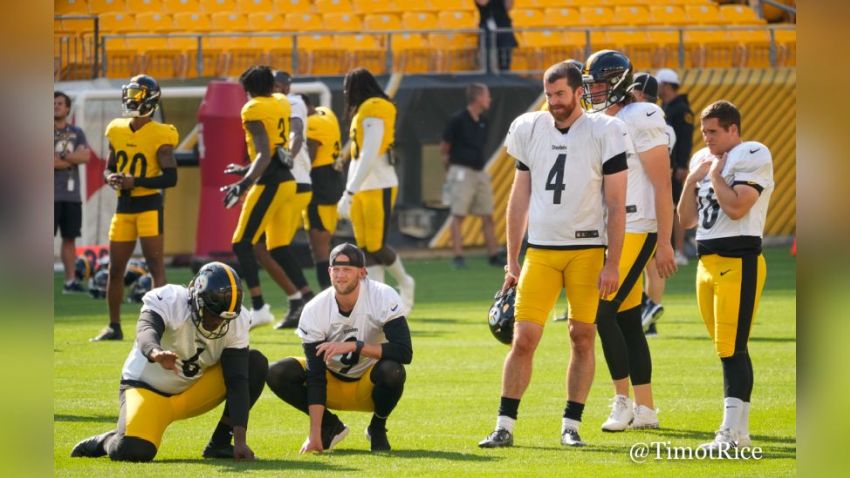 It’s not often you see teams in true punter battles (if there are truly such things), yet here the Pittsburgh Steelers are, locked in a tightly-contested punter battle between veteran Jordan Berry and rookie seventh-round draft pick Pressley Harvin III.

So far, Harvin appears to have a hold on the job thanks to his performance in the Hall of Fame Game against the Dallas Cowboys along with his impressive length and hang time in training camp, but Berry isn’t going away quietly.

Despite it being a tightly-contested battle, Harvin said he’s pretty appreciative of the support he’s received from Berry, who has spent seven years in the NFL and is essentially auditioning for another job at this point.

According to the training camp reports from Alex Kozora, Berry and Harvin have both performed well punting the football in practice and through two preseason games.

It would be understandable to see a veteran guy dismiss a rookie, wall him off and not provide much help. That hasn’t been the case with Berry, according to Harvin.

“Yeah, man, Jordan is a good guy, man,” Harvin said to media members following Saturday’s practice at Heinz Field. “I like him to death and I love him too. Like, he’s been a big help. Um, he’s been, I think he’s a seven-year veteran now. Just being able to have him in practice every day to not only me push him, but also him pushing me to be the best that we can be together. We have a good camaraderie. It’s just a lot of good feedback that I get from him. Uh, I give him a little bit too, and it’s just like a good grind. You know, it’s always good to have competition around you. As specialists, we don’t really get the opportunity to have that at that level a lot, but you know, being able to have that early on, especially playing under him and…continuing to understand and learn the ropes. You know, I’m pretty appreciative of him.”

It is rare to see a competition at punter of this magnitude, but it’s a necessity for the Steelers, who have watched Berry be as inconsistent as they come at punter the last seven years. The Steelers already moved on from him once, only to bring him back midway through last season, so he’s undoubtedly up against it here in the black and gold.

However, it’s a rare breed at the position, so it’s great to hear a guy like Berry helping Harvin any way that he can, especially if it’s the guy brought in to take his job…again.