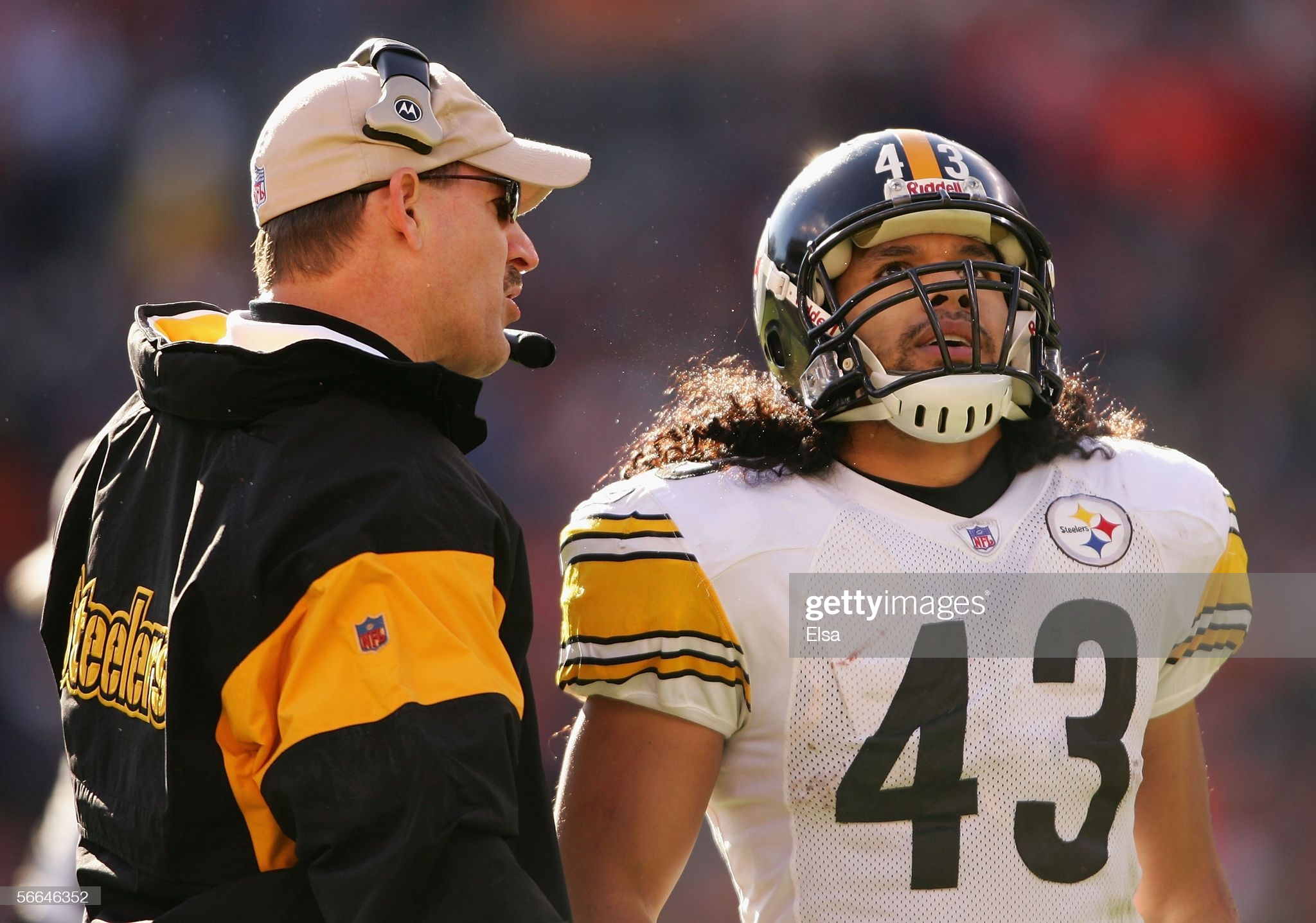 When Bill Cowher was the head coach of the Pittsburgh Steelers during the strong run by the black and gold in the mid-90s into the early 2000s, the thought around the city and the fanbase was that the Steelers’ play exemplified what it meant to be a Pittsburgher, and that the standout players at that blue-collar work ethic that endeared themselves to Yinzers.

That belief from the fanbase was echoed by Hall of Fame safety Troy Polamalu’s words towards Cowher – who also inducted Saturday night. During his speech after unveiling his bust, Polamalu thanked Cowher for forcing the Steelers to practice outside, embrace the misery of the weather and to truly embody the Yinzer spirit of hard work.

“Coach Cowher would teach us to embrace misery, by forcing us to practice outside, no matter the weather,” Polamalu said. “Recalibrating us to love the hot humid camp days and bask in the bitter cold frost of game days. His struggle is to embody the Yinzer spirit of hard work, humility, and toughness, coupled with loyalty so that we can accurately represent the city of Pittsburgh. Thank you, Coach.”

Truer words have never been spoken by Polamalu. You could get a good read on the team right away, depending on how they handled training camp, and how the fans felt about the team and star players ahead of the season.

If you worked hard, never complained, quietly went about your business and performed on the field, you were beloved and welcomed into the way of the Yinzer. If not, well, you can imagine how you were viewed as a player.

We hear stories all the time about New England’s Bill Belichick forcing his players to practice in the rain and snow in recent years in order to try and gain an edge, but Cowher was doing it long before, pushing his players to the limit while trying to instill the Yinzer mentality into each and every player.

To hear Polamalu acknowledge that and Cowher’s efforts to portray that Yinzer spirit undoubtedly meant a lot to Steelers fans across the country.