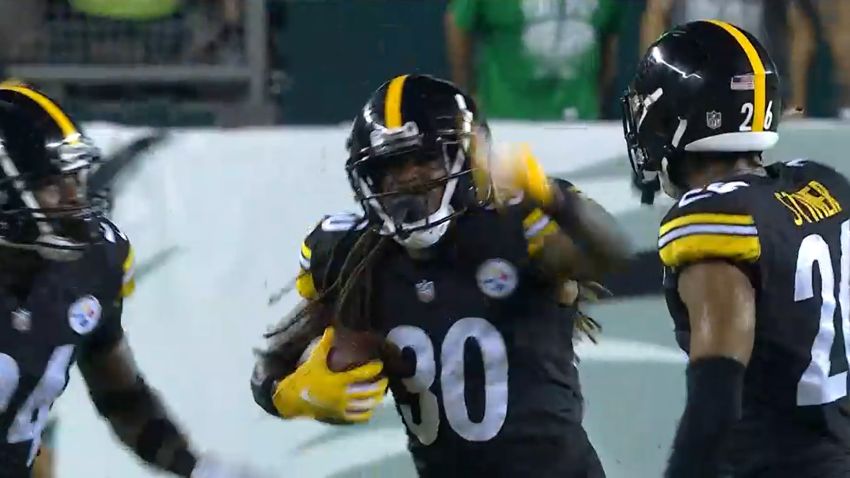 Over here, we try to do our best to avoid using terms like ‘camp bodies’ to describe players who when signed seem destined to fill a role little more than just a guy whom they need to fill out a practice roster. Nights like last night remind us why nobody is ever just a body.

The Pittsburgh Steelers had not one, but two players whom they just signed recently step up and make plays for their team last night in a preseason victory over the Philadelphia Eagles. Now, that doesn’t mean that they are going to make the 53-man roster, but anybody who keeps making plays increases their chances of getting noticed.

Cornerback Lafayette Pitts, signed on Friday, came down with an interception with the Eagles in field goal range late in the game. Running back Pete Guerriero, who was signed on Sunday, helped the Steelers close out the game with some nice runs that looked better than his 2.9 yards per carry suggest, including one run that was called back.

On top of that, offensive guard Malcolm Pridgeon, who was just signed on Monday, was able to get into the game late in the fourth quarter, and helped to block for Guerriero and Tony Brooks-James, who himself has been around only since last Tuesday.

This should serve as a reminder that these are all professionals who are at the height of their craft. They might not all end up being the very best of the very best, like a Derrick Henry, a Jaire Alexander, or a Quenton Nelson, but these are football players.

They can come in and compete right away if they have to. That’s why they were signed when they were signed. The Steelers needed guys who could work. They have been getting work from them. It’s a simple transaction process, with a lot of unseen work behind closed doors.

Of the three mentioned, I would imagine that Guerriero has the best odds of sticking in some form or fashion, with a practice squad spot a possibility, but all of the Steelers’ running backs who were available, including veteran Jaylen Samuels, performed well in the absence of Benny Snell and Kalen Ballage.

And there is some wiggle room in the secondary, as well. Justin Layne also secured an interception for himself on the night, but there are possibly multiple jobs to be won on the back end of the secondary. I don’t know that we could even call Arthur Maulet a lock, with guys like Shakur Brown and Stephen Denmark forcing their way into the conversation. Pitts is trying to do what he can to join the dialogue.