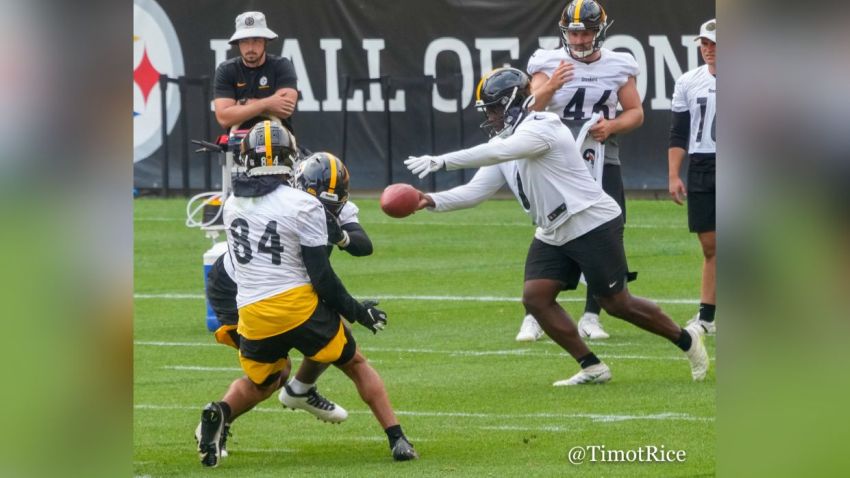 The Steelers came out of the 2021 NFL Draft with nine draft picks. All nine of them have a surprisingly good chance of actually making the roster, and interestingly enough, their two seventh-round picks probably do not rank at the bottom in terms of probability.

Their final draft pick, after selecting four offensive players, followed by four defensive players, addressed the specialist roles, bringing in a punter in the form of Pressley Harvin III, who is challenging veteran Jordan Berry for that job.

Considering the fact that the Steelers already showed they were willing to part ways with Berry last year, Harvin figures to have a pretty good chance of winning the battle. That, and the fact that drafted specialists rarely fail to make their team as a rookie, even if Pittsburgh managed to pull it off with Colin Holba fairly recently.

Obviously, Harvin’s defining trait is his formidable size for the position. Growing up, his coaches always wanted to move him to another position, like linebacker, but the understood for himself that punter was the best position for him to have a future.

Listed at 255 pounds, the Georgia Tech product would certainly be one of the biggest punters in the history of the league should he actually make the team. And the thing is, he has a big leg to go with his big frame, which he’s been showing off in training camp.

As is the case for virtually all specialists coming out of college, of course, there are some consistency issues that must be worked on, but Harvin does have all the tools that you would want out of a punter. He can directional kick, he can land the coffin corner, he can kick for hangtime, he can kick for distance. He can keep it out of the end zone and pin opponents deep, as well. It’s just a matter of doing them with regularity.

That’s what training camp and the preseason are for. He’s getting hands-on work from Danny Smith and company, certainly the best coaching to which he’s ever had access over the course of his football journey. His competition begins in earnest this week in the Hall of Fame game.