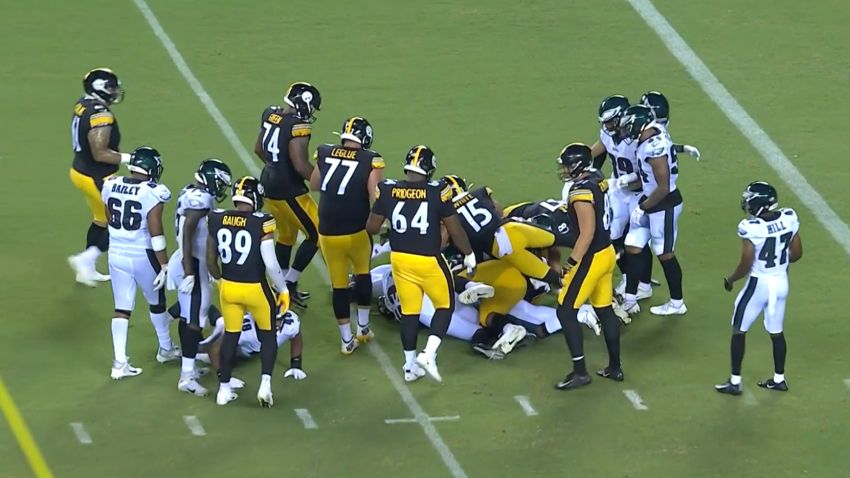 The NFL season brings about changes at a constant pace, which necessitates that an NFL roster function like a living, breathing organism, its survival dependent upon its ability to adapt. When there are injuries, adjustments have to be made, for example.

That’s even more prominent during the offseason. Since training camp opened, the Steelers have already made 10 different roster moves involving 17 players, including yesterday’s mandatory release of five players.

Outside of Joe Schobert, who was acquired via trade to be a starter, the most recent addition to the team’s 90-man roster is offensive lineman Malcolm Pridgeon, a guy whose name, frankly, not a lot of people are going to know. I wasn’t too familiar with him myself before the Steelers signed him.

Signed last Monday in order to take the roster spot for an injured Calvin Taylor (a defensive end who spent last season on the practice squad), Pridgeon came out of Ohio State in 2019 originally as a college free agent. He signed with the Houston Texans initially, and later spent time on the Cleveland Browns’ practice squad.

He chose to opt out for the 2020 season due to health concerns over the COVID-19 pandemic, despite having a Reserve/Future contract from the Browns, and Cleveland ended up releasing him this past February as his contract tolled.

Redshirting in 2016 with the Buckeyes, Pridgeon played primarily on special teams the following season but was a 14-game starter in 2018. Listed at 6’7” and 310 pounds, he has the size to play either tackle or guard but has been playing tackle since the Steelers signed him.

In spite of the fact that he had been out of football since 2019, essentially, Pridgeon proved that he was conditioned enough to log some snaps for the Steelers last Thursday, just three days after he was signed. And he actually played pretty well, opening up a hole or two in the late stages of the game for Pete Guerriero and Tony Brooks-James.

Rather than being the low man on the totem pole, the team opted to release another offensive lineman, Brandon Walton, among their five players released yesterday to trim their roster down to 85. Given that he has previously spent time on an NFL practice squad, it’s not unreasonable to conjecture that he could at least make it to the final roster cuts.