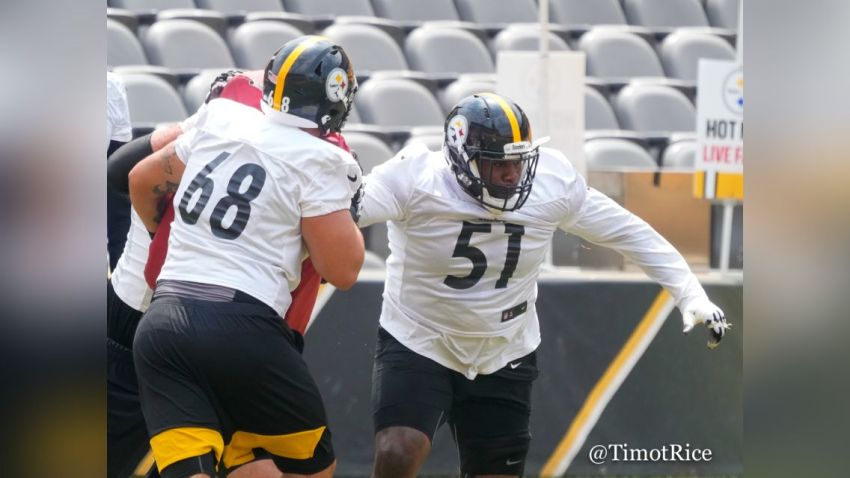 The Steelers has an unusually structured free agency process, bifurcated into halves thanks to the unexpected development with veteran right guard David DeCastro, which resulted in the team releasing him, and thus recouping about $8 million in salary cap space.

They quickly turned around and used $3 million of that cap space to sign his replacement, veteran guard Trai Turner, who will now be on his third team in three seasons, but also has five Pro Bowls in his past—the most recent prior to the 2020 season.

Turner missed about half of last season due to injury, and he took time this offseason to recover, but injuries are not uncommon for him. Though his seven games missed last year were the most in his career, he has missed at least three games in all but two of his seven seasons going back to his rookie year.

But it’s not as though there isn’t tread on his tires. Though he’s going into his eighth season, he is still only 28 years old, hitting that age shortly before he signed with the Steelers, on June 14. The Steelers are banking on him finding his way fit to stay healthy and stay on the field this year.

When healthy, he is certainly capable of playing at a Pro Bowl level, but injuries have played a part in marring his game and limiting his consistency, with some high highs and some low lows.

And now he is being asked to be the veteran of a young and inexperienced group, liking sandwiched between a rookie center and a veteran right tackle who has only started one game before. Still, while he does have responsibility that that regard to agree, he’s also just ‘the new right guard’, as he has said.

Turner does fit in with the aggressive, physical philosophy that Adrian Klemm is trying to bring to the offensive line room, a quality no doubt the team was aware of when they brought him in, even if he was the best guard available, anyway.

But the proof will be in the pudding, come September. Right now, he’s pretty much the only one guaranteed to be the starter, because he’s the only been-there, done-that guy. Nobody else on the team was an intended starter last season, or started more than one game if they were.