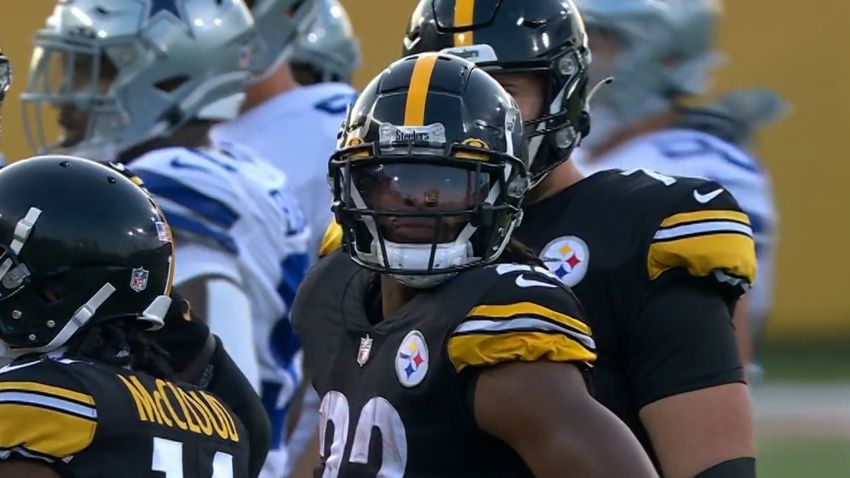 When the Pittsburgh Steelers made Alabama running back Najee Harris the No. 23 overall pick in the 2021 NFL Draft, Harris’s fantasy football outlook received a huge boost, considering the situation he landed in, and the overall talent that the bellcow back is.

For now, Harris remains just outside of the top 10 of fantasy running backs, according to his average draft position (ADP), which currently sits at RB11. That isn’t fazing ESPN’s Matt Bowen, who listed Harris as one of three running backs in his list of 10 fantasy players he loves more than most.

Harris was joined by San Francisco’s Trey Sermon and now-injured Baltimore running back J.K. Dobbins on Bowen’s list of running backs he likes in fantasy football this season.

According to ESPN Fantasy Football analyst and projection expert Mike Clay, Harris is projected to put up the following stat line as a rookie with the Steelers: 259 carries, 1,117 yards rushing, 8 touchdowns; 49 receptions, 372 yards receiving, 2 touchdowns

Many Steelers fans would take nearly 1,500 total yards and 10 scores from Harris as rookie, but what about from a fantasy football perspective?

“I’m all-in on Harris as a volume runner — with pass game upside — in a new Steelers offensive system that will use both pre- and post-snap movement, with misdirection, to create daylight for the rookie as a ball carrier,” Bowen writes. “Harris totaled over 230 touches, and 6.4 yards per touch, in each of his final two seasons at Alabama. Yes, there is a major jump in competition (and game speed) at the NFL level. We know that. But Harris can handle the workload. And, in Pittsburgh, where a running back saw 240-plus touches in six straight seasons from 2013 to 2018, the Steelers want a true No. 1 back. I mentioned the pass game above, and I really think that fits here with Harris as an option for quarterback Ben Roethlisberger on swings, screens and wheels, plus the unders/checkdowns that will add to the rookie’s totals. In 2020, 17 of the top 20 fantasy running backs saw more than three targets per game. I expect that with Harris, who is in a position to produce RB1 numbers this season.”

Considering his projected stat line and his current ADP at running back, it’s pretty curious to see Harris not get more fantasy love at this point. Sure, the Steelers’ offense line remains a huge question mark, as does what the offensive scheme will look like under new coordinator Matt Canada, but there’s just a terrific opportunity for Harris to get a ton of work on the ground and through the air in Pittsburgh, making him an ideal second-round option at running back in fantasy football, especially for the 2021 season.