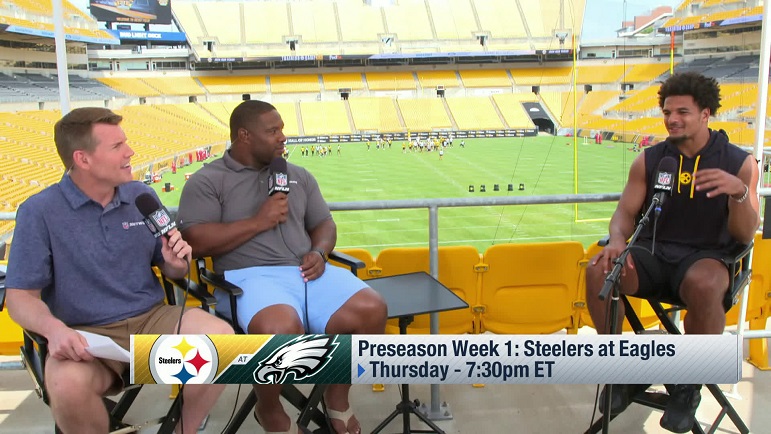 The Pittsburgh Steelers made a huge addition to their defense a few weeks ago when they signed veteran free agent outside linebacker Melvin Ingram and now their depth chart at that particular position looks a lot more dangerous than it did when the team broke mandatory minicamp. Steelers safety Minkah Fitzpatrick was a guest on NFL Network Sunday morning and during his interview he was asked to comment on the Steelers addition of Ingram and what the veteran edge rusher brings to the defense.

“He’s teaching guys like Alex Highsmith when to rush certain ways and when to play the run,” Fitzpatrick said of Ingram. “You know what I’m saying? Stuff like that. And, you know, nothing really beats experience, no matter how skilled you are. When you’ve got experience, definitely helps us out a whole lot.”

Speaking of Highsmith, who had a very strong first preseason game of 2021 this past Thursday night in Canton, OH against the Dallas Cowboys, Steelers defensive coordinator Keith Butler praised the second year outside linebacker out of Charlotte on Saturday when he talked to the media.

“Very competitive, very smart young man,” Butler said of Highsmith. “You ain’t gotta tell him but one time what to do and he gets it done. We’re glad we have him.”

Like Fitzpatrick, Butler is also to have Ingram in the fold now as well and he sounds like he really likes his top trio at the outside linebacker position as the team’s 2021 training camp hits the midway point.

The Steelers second preseason game of 2021 will take place Thursday night on the road against the Philadelphia Eagles and while T.J. Watt isn’t likely going to play in that contest, we could very well see Ingram make his Pittsburgh debut in the early stages of it playing opposite Highsmith. We’ll soon find out if that’s the case.