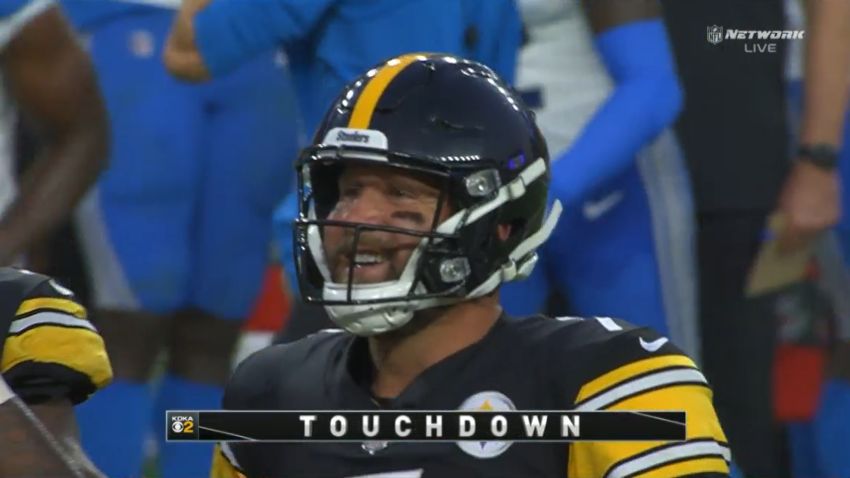 Head coach Mike Tomlin said over a week ago that quarterback Ben Roethlisberger would play in tonight’s game, though he did not detail how long he would play. They did not know beforehand, because it would depend on what happened in the game.

Things went well on the field, though, so his time on the field spanned three drives, taking up most of the first quarter, totaling 16 non-penalty plays, accounting for 146 net yards of offense, and picking up two touchdowns after a punt on the opening three-and-out possession.

“I thought he did a nice job”, head coach Mike Tomlin said after the game in assessing his franchise quarterback’s performance. “I thought we got what we wanted to get accomplished. Getting familiar with administering the offense in a stadium-like circumstance. I thought he did a great job of communicating. He made good and fluid decisions and we were able to move the ball”.

Roethlisberger did play well, and at times appeared in mid-season form. One of his two touchdown passes, both to rookie tight end Pat Freiermuth, even featured one of his patented full-measure pump fakes, which completely fooled the camera operator and caused at least the feed that I was watching to miss the live touchdown.

Arguably his best play of the night was on the third play of the game, with the Steelers facing a 3rd and 4. He looked a decade younger or more as he spun out of pressure and threw down the field, only to have tight end Eric Ebron drop the ball and force the team to punt.

Really, there wasn’t much to criticize from the 39-year-old veteran, who finished the game completing eight of 10 passes (with one drop) for 137 yards, two touchdowns, no passes that even came close to being intercepted, and a perfect passer rating. His longest completion was for 46 yards to Diontae Johnson, though that ball did hang up there.

With Tomlin saying that he saw what he needed to see out of Roethlisberger, does that imply that he will not be out there for the final preseason game? Traditionally, he does only play in one, but with the preseason ending a week earlier than it did prior, there is a longer wait between the end of the exhibition period and the start of the regular season.

My guess is that he won’t play. They did get in over a dozen plays, working with first-year offensive coordinator Matt Canada, calling plays from up in the booth, and there did not appear to be any issues in that regard.