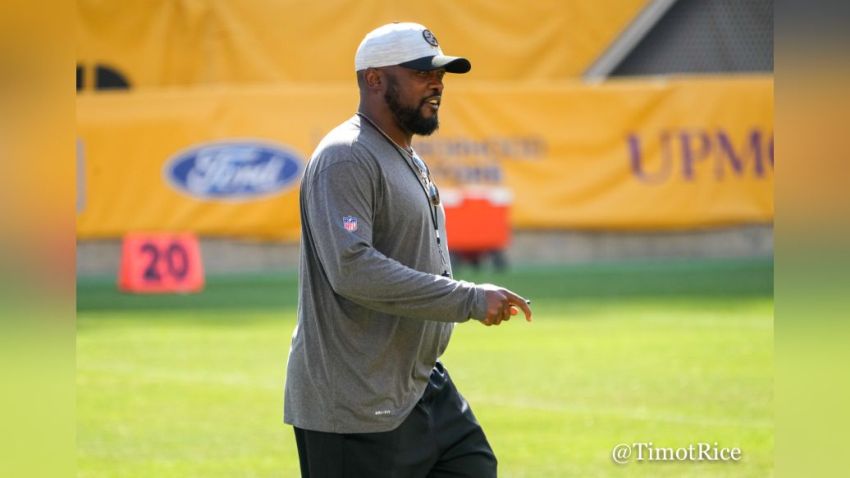 Everybody will have the occasional bad day at work. It’s an inevitable byproduct of being human. And sometimes this can expand not just to an individual, but to a group, even an entire team. For Pittsburgh Steelers head coach Mike Tomlin, today’s practice, under the blistering heat, appears to have been ‘one of those days’.

“It’s kind of the dog days of Summer today. Some guys were thriving, some guys were surviving”, he said in his opening remarks to reporters following practice. “That’s just a part of this process. It’s good to challenge them openly along those lines and see who can respond to those challenges”.

“The guys that were thriving, can they continue to do so tomorrow in facing some of those circumstances”, he continued. “The guys that were in survival mode, man, they’ve got to step it up. It’s just part of it. The mental aspect of this journey is a significant one. We’re not gonna run way from it. Today wasn’t a good enough day. We’ll see what tomorrow holds for us”.

The Steelers are gearing up to play the Philadelphia Eagles in a few days, and needless to say, you would like to get in some quality practices beforehand. That means that have to put in a much better day tomorrow than what Tomlin saw out on the field this afternoon.

But these things happen, and as Tomlin said, it’s part of it—as is the response. Bad days can be valuable because they inform you about your response to adversity. Do you stack bad days, or do you reset and recalibrate and find your way anew?

With several players working their way back from injury and back into the lineup, it’s also understandable if some things might be shaky from that aspect, not just in the sense of players getting the feel for being on the field again, but also with the jumbling of lineups that comes with their return.

While most of those returning players were on offense, Tomlin did also make it clear that he felt similarly about the performance of both the offense and the defense in today’s practice. And he also cautioned reading much into what was seen out there today, whether it was veterans or young players.

Message received, or so one would hope.