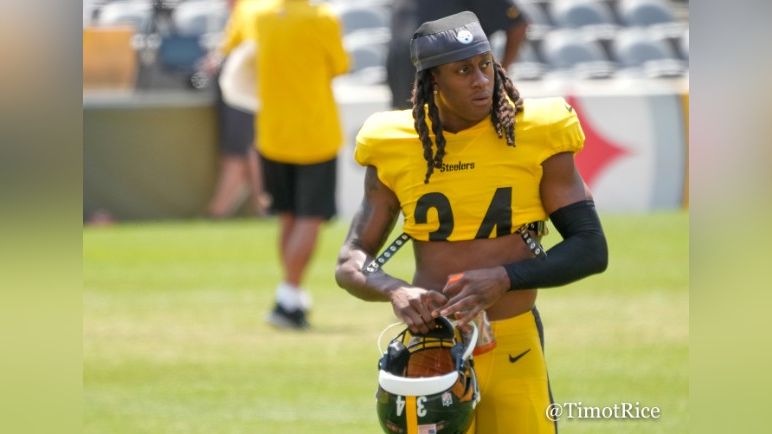 It’s not incredibly noteworthy now but a piece of information to file away for housekeeping purposes. After being limited at points during training camp, Mike Tomlin revealed Terrell Edmunds underwent offseason surgery, leading to the team being careful with him this spring.

On Monday, Tomlin was asked why there were moments were Miles Killebrew received first-team snaps opposite Minkah Fitzpatrick instead of Edmunds.

“34 had offseason surgery,” Tomlin told reporters via the team’s YouTube channel. “So we’ve been protecting him through physical contact since day one we’ve been out here.”

Tomlin did not specify the nature of Edmunds’ surgery but it was likely a procedure on his shoulder. In the offseason, Kevin Colbert noted Edmunds played through a shoulder injury late in the season, impacting his play down the stretch.

Here’s what Colbert said in May after the team declined his 5th-year option.

“Terrell has done some good things. Last year was probably his best season, albeit prior to the shoulder injury, which limited him really the last three games that he was active for.”

Edmunds was listed on the team’s injury report with a shoulder injury after the team’s loss to the Buffalo Bills. He played the next two weeks before being held out of the team’s meaningless finale against the Cleveland Browns.

Sample size should be considered here but Edmunds’ missed tackles rate jumped up prior to the Bills game versus the rest of the season. In fact, he missed nearly as many tackles the final four games (four) as he did the first twelve (five). Here is how those numbers look.

Edmunds is no stranger to shoulder injuries, playing through one his entire rookie season. It’s unclear if the injuries are related or even to the same shoulder but his history of shoulder injuries could be a concern for the team and potentially one reason why the team declined his 5th year option (salary cap and general performance were factors as well, to be sure).

Edmunds has been rotated throughout camp, not working in live sessions and the bulk of the team’s seven shots series. But he’s dressed for each practice and should be healthy for Week One against Buffalo.