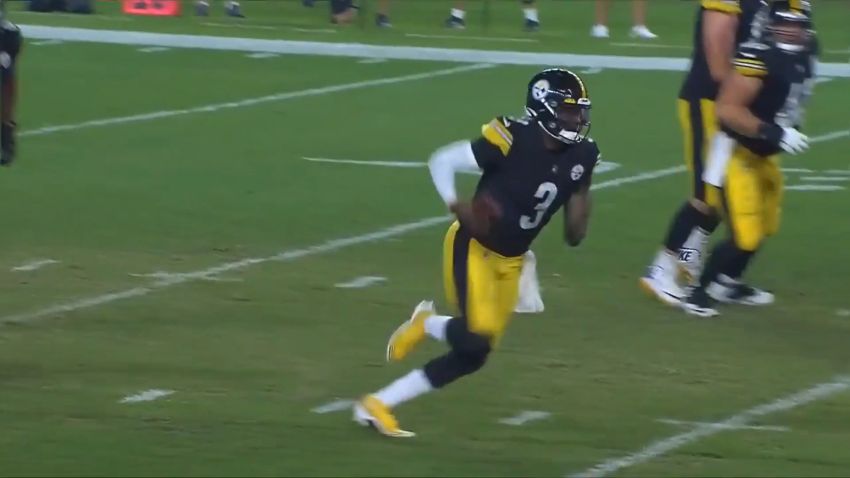 It’s when you near the end of your franchise quarterback’s career that the obsession over the backup really starts to kick in, because it fuels ideas of a succession plan, one that is imminent. You don’t have a succession if you don’t even have a starter. Similarly, if you already have your guy, and expect him to be around for a while, it doesn’t even make sense to plan for what comes after.

But the Pittsburgh Steelers are in the twilight years with Ben Roethlisberger, now 39 years old and possibly playing his last season. That’s why there’s been so much discussion around Dwayne Haskins, who just two years ago was a first-round pick. Now he’s trying to secure the backup quarterback job behind Roethlisberger, yet he has hardly been afforded a single rep with first-team personnel over Mason Rudolph.

Head coach Mike Tomlin was asked about the quarterback rotation and if there was something that Haskins was showing or not showing that has led him to withhold higher-quality reps from the third-year quarterback.

“No, we just have a rotation that we subscribe to”, he said yesterday. “We’ll get opportunities to present ourselves out here in a practice setting. You get opportunities in a game. It’s not about what group you’re working with, it’s about the work that you do within the group”.

“That’s messaging that we’re relaying to all players”, he went on. “Some guys might want varsity action, but if you’re in a JV game, you’d better look like a varsity player. That’s an analogy that we’re drawing with all the guys, and you can apply that to him as well”.

I’m not sure how receptive to that idea Haskins will be, quite frankly. When Rudolph and Joshua Dobbs were competing in 2018, both of them got extended playing time and flipped units, both in practice and in the preseason. Tomlin has nearly entirely abandoned that approach.

Haskins has come into each preseason game only after Rudolph had already played. At least sitting here right now, I see no reason to think that this week’s preseason finale will be any different. It’s probably safe to say that both Rudolph and Haskins will make the team, but has there really been a ‘competition’ for the backup role? Could Haskins win it without ever playing first-team snaps? That seems to be a tough sell.