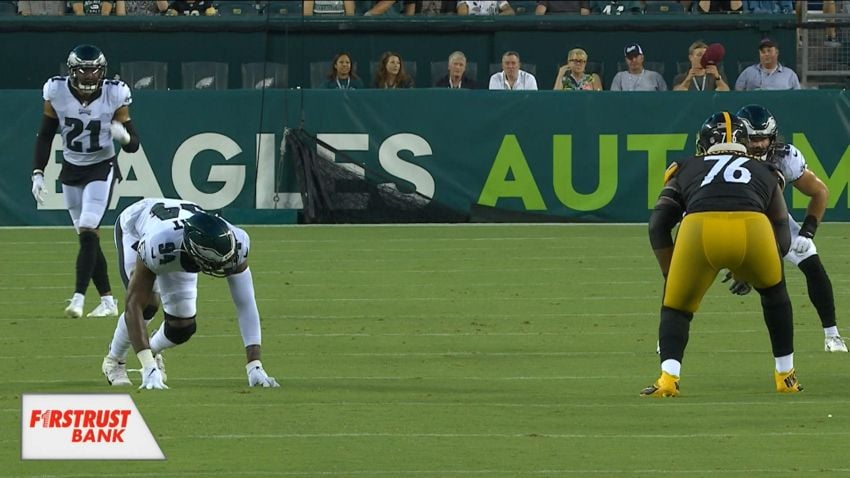 The Pittsburgh Steelers are facing a lot of turnover along the offensive line, an inevitability when given the fact that they saw one starter retire, were forced circumstantially to release another, and watched two more depart in free agency. They had some in-house candidates, of course, and now they must be called upon.

That is particularly prominent at the tackle positions, especially on the left side, with Alejandro Villanueva, a two-time Pro Bowler, now gone after manning that spot for the better part of the past six years. Chukwuma Okorafor has been lining up there with the first-team offense all offseason whenever he’s been available, and that hasn’t changed.

After missing the first preseason game due to an undisclosed injury, he played on Thursday, and held up better, particularly in pass protection, than most are saying. Zach Banner did not play in that game, nor was he in team drills today, but there was a new face there, rookie Dan Moore Jr. playing right tackle for the first time. Joe Haeg had been playing there when Banner was not.

Asked after practice by one reporter if he could suggest that the move to align Moore at right tackle, rather than focusing him at left tackle as they had been, is a signal that Okorafor is the Steelers’ left tackle ‘for sure’, head coach Mike Tomlin answered, “you can suggest that”.

So what exactly do we read into that? Is Tomlin just allowing a reporter to answer his own question without actually providing any information? When suggested that one would not move a rookie around to different positions if he were not comfortable there, he again fed back to the reporter, “you could suggest that. You could suggest that”.

That’s a lot of suggestions, but it’s always been suggested since at least March that, barring the drafting of a top left tackle, it was likely going to be Okorafor who inherits the position. A third-round pick in 2018, he has started 18 games in his career, though all have come as injury-replacement opportunities, and all on the right side.

Another common suggestion made this offseason, including by the coaches and even general manager Kevin Colbert, is that Okorafor is better suited to playing on the left side of the offensive line. While that may be the case, the reality is that he has yet to play a meaningful snap there, leaving much up to the unknown.

Tomlin did offer praise of Moore, the rookie fourth-round pick out of Texas A&M, yet it appears that he is destined to start his career as a backup. But he has shown positive signs, in regular development, leaving one to wonder how quickly that might change.