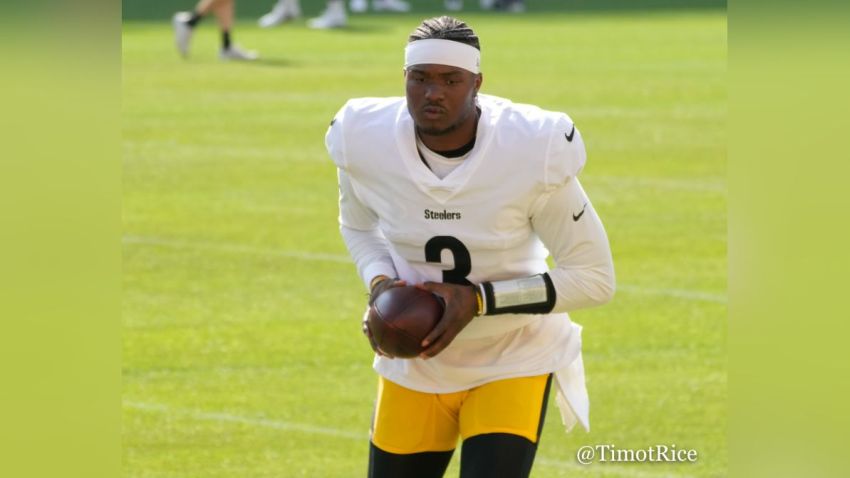 Dwayne Haskins has been a storyline in Pittsburgh since the Washington Football Team decided to waive him on December 29. The Pittsburgh Steelers didn’t even sign him, to a no-guarantee Reserve/Future contract, until January 21. But he had been a topic of conversation immediately—really even before that, as a team who would possibly trade for him.

There’s basically no way that they would have traded for him. They wouldn’t have claimed him off waivers, either, and taken on his first-round contract. But under the conditions they got him, the Steelers couldn’t be happier about it.

“We’re excited about having him. We feel like we got potentially something for nothing”, head coach Mike Tomlin told Jim Miller and Pat Kirwan on SiriusXM Radio following Wednesday’s practice. “He’s a young guy who came in with a lot of talent, has got all the things that you can’t coach. He’s been through a tough time. Hopefully that’s humbled him and he’s matured and learned some lessons, but only time will tell that”.

Tomlin talked during OTAs about how his focus at the time had been to get to know Haskins as a man and about his time in Washington, and everything that transpired there that led to his release. But now that they’re getting on the field, that’s beginning to take center stage.

“The football element of it, man, he’s game for the work”, Tomlin said. “He’s doing a good job of learning and communicating, showing that he’s capable of being a good teammate. I think it’s just a good place for him to be. He’s just kind of blending into the crowd, and working on his craft”.

While it hasn’t been stated outright, Haskins is competing with fourth-year Mason Rudolph for the right to be the Steelers’ backup quarterback this season, but he will have to really put on a show in order to take that job, and demonstrate that he gives them the best chance to win a game if Ben Roethlisberger isn’t on the field.

What they aren’t worrying about is what happened in Washington. General manager Kevin Colbert admitted that he thought Haskins probably came out of college too early. Tomlin likewise thinks he was given more than he was prepared for in Washington.

“The last time he was on a team, he was a captain. He probably wasn’t ready for that. That was probably an anvil on his neck”, he said. “I think he’s just enjoying being a part of a team and being a part of the group, and just working to get better and compete every day”.

In Pittsburgh, he’s just one of four quarterbacks in the room, all of whom have experience, and all of whom are just competing. He’s not the anointed one. He’s just the new guy in the room, the youngest of the four. He has the most pedigree, and the most starts under his belt, but he’s also the newest to the system. This is one example where a change of scenery for a young player perhaps really is paying off.