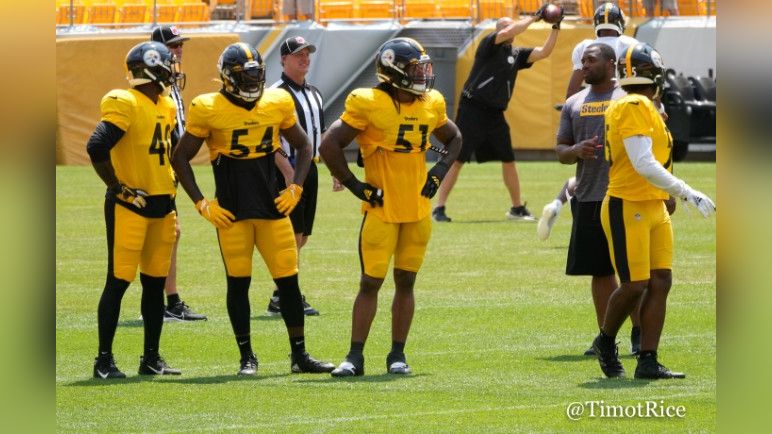 Following Thursday night’s game, third-year inside linebacker Devin Bush was asked about the fact that it was Robert Spillane, rather than himself, who was wearing the green dot and communicating the defensive signals. His response was basically that he wasn’t concerned as long as he was on the field playing.

With the acquisition of Joe Schobert, of course, somebody else is going to have to wear the green dot. Bush did it for the five games for which he was healthy a year ago, but was still clearly growing into that responsibility, and perhaps it’s telling that they had Spillane doing it this year.

Schobert is also very familiar with that responsibility on defense, yet he is also brand spanking new to the team. But he has transitioned from one defense to another before, and still has a few weeks before the regular season begins. So who will where the dot for the opener? Pittsburgh Steelers head coach Mike Tomlin left that as an open question.

“I’m not ready to speculate at this juncture”, he told reporters following yesterday’s practice, for example, when he was asked about who would be the linebacker to stay on the field when the Steelers play in a dime defense, with only one linebacker. “We’ve got some work in front of us and they’ll determine the division of labor with their quality of work, as it should be”.

Of course, Pittsburgh traded up in the first round in 2019 for Bush to be an every-down linebacker, to never come off the field—and that is precisely what he did do in 2020 right up until he suffered a season-ending ACL tear. They were trying to force-feed him the defensive quarterback role as a rookie, but they did abandon it before the start of the regular season, apparently determining him not to be ready.

Make no mistake, of course, this is an absolute luxury for the Steelers to have on their hands, unsure of which quality player will be responsible for relaying the defensive signals for the sideline. As I do try to stress whenever the subject comes up, there are many communication roles on the team, and it’s important for both linebackers to serve as voices, but only one person can have the speaker in their helmet, at the end of the day.