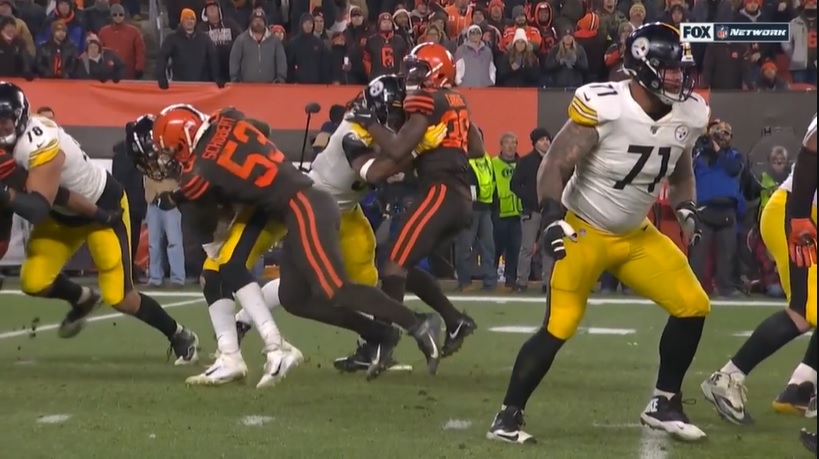 Trading for a player doesn’t mean that you have all of the information that you can possibly have on him. There is some risk involved in that unknown; it’s unavoidable. But you still pull the trigger when you think you know enough to be confident in paying the price that is required in order to bring that player into your system.

That’s where the Pittsburgh Steelers are with Joe Schobert, the former Pro Bowl inside linebacker whom they acquired this past week from the Jacksonville Jaguars in exchange for a sixth-round draft pick. The guy has been in a different defense pretty much every year of his career, so that’s not head coach Mike Tomlin’s focus when evaluating his value. It’s his body of work.

“I’m not looking for similarities or differences in defensive scheme”, he told reporters on Sunday when he was asked about how the systems Schobert has played in mesh with what the Steelers run. “I’m looking for his instincts and playmaking abilities, regardless of schemes. Look at his stat line. He’s highly consistent. So, the scheme is somewhat irrelevant. His instincts and playmaking ability is what’s relevant”.

He would go on to serve as defensive backs coach under LeBeau, first with the Bengals from 1997 through 2001, then again from 2004 through 2010 with the Steelers, before Horton got an opportunity with the Arizona Cardinals to move into a defensive coordinator role.

So, it’s nice that Schobert should have some familiarity with the LeBeau schematic tree, remnants of which remain very prominent under Keith Butler, who was linebackers coach under his predecessor for his entire tenure as defensive coordinator in Pittsburgh.

But at the end of the day, it still comes down to what you do on the field, and he’s good for 100-plus tackles every season, with a history of creating takeaways as well. He has started 61 games across the past four seasons, during which time he has registered 521 tackles, including 20 for loss, with nine interceptions and nine forced fumbles.