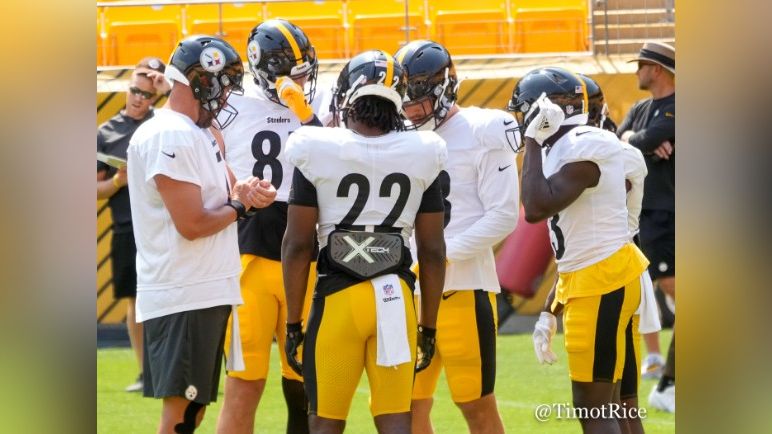 Ben Roethlisberger isn’t going to play forever. At some point over the course of, let’s say, the next decade, we’re going to be sitting here on this weekend waiting for him to give his Hall of Fame speech while Alan Faneca watches, rather than the reverse.

But that’s for a time down the line. For the right now, he is gearing up for the 2021 season as a 39-year-old starting quarterback for the Pittsburgh Steelers, as the man under center whom they continue to believe gives them the best odds of winning.

Appearing on the NFL Network during training camp practice earlier today, head coach Mike Tomlin made it quite clear that the teams holds no reservations about what Roethlisberger will look like this upcoming season, a year after returning from a major elbow injury.

“I acknowledge that he’s probably seen more good days than he’s gonna see. This guy’s been doing it a while”, he said. “But based on what we’ve seen out here, I don’t think any of us are questioning his capabilities from a quarterback perspective The arm is the arm in terms of strength and accuracy. He’s doing a heck of a job.”.

Of course, the quarterback is just one part of a team—and generally the leader of the team. Roethlisberger isn’t going to do it all on his own, or in isolation. But Tomlin is also seeing him step it up, perhaps even more than usual, as a leader, now surrounded by so many important young offensive contributors.

“He’s highly motivated. I think being around young guys that he knows that we’re gonna depend on is energizing him in a mentors kind of a way”, he said. “I mean, just the amount of time that he’s given Najee [Harris] and Pat [Freiermuth] has really been impressive, and I think he’s enjoying it”.

Harris was the Steelers’ first-round pick this year, a running back out of Alabama, while Freiermuth was taken one round later, the tight end out of Penn State. The team also used third- and fourth-round picks to bolster the offensive line, including center Kendrick Green, who is projected to start, and with whom Roethlisberger has also spent a good deal of time.

Of course, he still has JuJu Smith-Schuster, James Washington, Diontae Johnson, Chase Claypool, and Eric Ebron surrounding him at the skill positions. The offensive line is much different from last year, but guys like Zach Banner and Chukwuma Okorafor are being asked to step up into bigger roles.