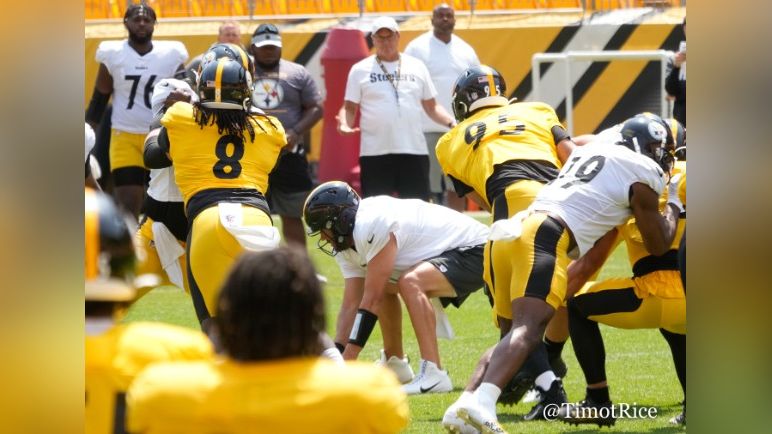 The Pittsburgh Steelers were looking to bolster their depth at the outside linebacker position following the 2021 NFL Draft, during which they only came away with Quincy Roche in the sixth round, following an offseason that saw them lose six-year veteran starter Bud Dupree in free agency.

They finally found their answer a short time before training camp opened, signing three-time Pro Bowler Melvin Ingram to a one-year, $4 million contract, reportedly after they had previously pursued the services of Justin Houston, a similarly accomplished veteran. While formal roles are yet to be determined, he should see plenty of playing time, even with T.J. Watt and Alex Highsmith already in the fray.

Watt, though, has yet to practice this training camp, and it’s not because of an injury, nor a contusion of the birth certificate. It’s been all but outright stated that he is not practicing while his agent and the team negotiate a long-term contract extension. That really isn’t an issue, though, and it also grants others the opportunity to get those quality reps, who need it more.

Speaking of Watt’s non-practice status, head coach Mike Tomlin talked about the opportunities that has given Ingram, who is still learning the defense. “Melvin’s had an opportunity to work with the first group and really gain cohesion with some of those guys”, he said.

“I challenged Melvin Ingram this morning in a team setting”, he added, of the advantages of being able to work with certain players while others are not available. “We’re coming after Melvin Ingram today with tackle-over, out in that space with some big tight ends like Zach Gentry. Melvin’s a run-game bully, so we want to get to know him a little bit today”.

A first-round pick by the Chargers back in 2012, Ingram, now 32, has posted 70 tackles for loss over the course of his career, including four seasons with double-digit tackles for loss, an indication of his making an impact in the backfield on a routine basis. He also has 14 forced fumbles to his name, along with 49 sacks and three interceptions, to round out his game.

The Steelers demand their edge defenders to be “run-game bullies”, as Tomlin would call them, and they certainly did their homework on Ingram before signing him to make sure that he would fit in, not only to their culture, but also their defensive system and style of play. He should be able to do that with flying colors.