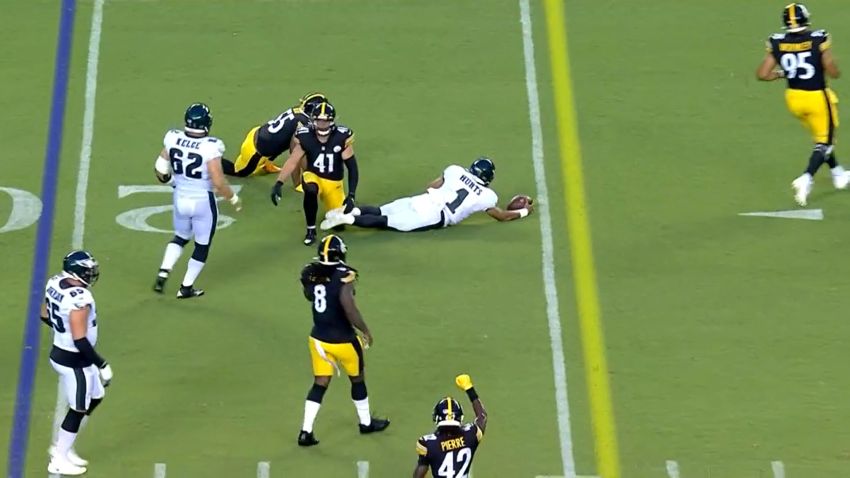 The Pittsburgh Steelers opened their preseason slate without a lot of starters on the field—both because of the unimportance of their being out there and because of injury issues. But they started cycling in several starters this past game, which including getting their mack linebacker back on the field.

Devin Bush tore his ACL in Week 6 last season. He has made an impressive recovery from that injury since then, but the coaching staff decided to hold him out during the first preseason contest in the Hall of Fame game, before taking the field this past week in the Hall of Fame game, commanding the defense. Melvin Ingram, a veteran but new to the defense, took notice.

“It was great. It was great, I love Devin”, he said after Thursday’s game. “From the first day I got here, me and him just clicked and it was great to just be out there with him. Hearing his communication out there and everything, it was definitely dope”.

It is dope just to have the team trending in the right direction in terms of getting everybody back on the field, with Ingram also making his Steelers debut during that contest, though his non-participation during the first preseason game was not injury related.

How much Bush and Ingram, specifically, will be on the field together remains to be seen. While Bush figures to be an every-down player, it is likely that Alex Highsmith will start at right outside linebacker, while Ingram will work into the game on both sides of the defense as a rotational depth player, though he should still see the field quite a bit.

Bush was the Steelers’ first-round draft pick in 2019. They traded up 10 spaces in order to select him 10th overall that year, which remains the highest they have drafted a player since Plaxico Burress. He played near a Pro Bowl level as a rookie, but had his second season cut drastically short, playing just 18 quarters before going down with a knee injury.

With Vince Williams now retired, the team didn’t want to leave it all up to Bush. And apparently, they weren’t entirely comfortable with dropping everything in Robert Spillane’s lap, either, as it should be announced any time now (if it hasn’t already by the time this publishes) that they have officially acquired Joe Schobert via trade.

On paper, the Steelers should have a really strong linebacker group this year, both inside and outside, with both quality starters and depth, between T.J. Watt, Highsmith, Ingram, Bush, Schobert, and Spillane. Of course, what looks good on paper doesn’t always live up to its promise on the field. But the potential of what they have built is, as Ingram said, definitely dope.