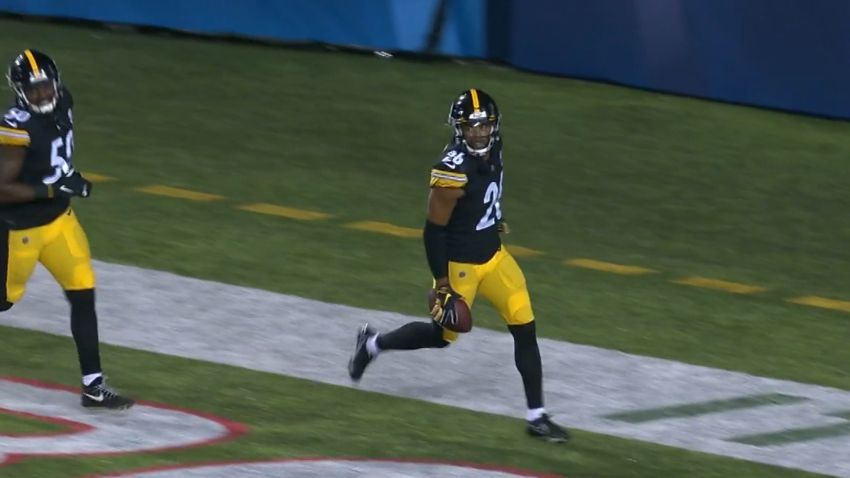 On Thursday night, the Pittsburgh Steelers defeated the Dallas Cowboys 16-3 in the Hall of Fame Game to kick off the Hall of Fame Enshrinement weekend. Seeing as this was the first of four preseason games for Pittsburgh a large majority of the projected starters both on offense and defense didn’t suit up for the game or played only a couple of series. This allowed for a lot of the young players and rookies on the roster to get their feet wet and get valuable game reps under their belts as they either fight to solidify a spot on the final roster for the regular season or impress the coaches enough to make it on the practice squad.

As is has been well-documented over the offseason since the conclusion of the NFL, the Steelers opted not to invest meaningful draft capital at defensive back, only using one of their seventh-round selections on Oklahoma DB Tre Norwood. After the draft concluded, Pittsburgh went to work “throwing a bunch of mud against the wall hoping something would stick” as Dave Bryan would say, signing several cornerbacks and safeties that wound up going undrafted. This seemed like a bold strategy entrusting the duties of providing meaningful depth and valuable special teams reps in a bunch of lower-pedigree prospects, especially after sustaining the losses of Mike Hilton to Cincinnati via FA and Steven Nelson as a surprise cap casualty who ended up signing with the Philadelphia Eagles. Outside of grizzled veteran Joe Haden and Cam Sutton who was re-signed to a two-year contract and is expected to see his role on defense expand this season potentially transitioning to the boundary, the cornerback room has a severe lack of snaps and playing experience to say the least.

However, after watching the game, you were able to see the young guys go out there and compete to see what they have currently in-house. Training camp darling James Pierre was tested early and often in coverage, occasionally struggling with quick breaking routes to the inside, giving a little too much inside leverage. Still, he was physical at the catch point, breaking on the ball hard to contest the pass and play the ball well through the receiver’s hands. He showed good technique in press man and didn’t panic when he was often targeted. His reaction time and situational awareness need to be quicker, but you have to be pleased with his first showing in what could be a coming-out party for him as a key contributor in the defensive backfield in 2021.

Justin Layne, on-the-other-hand, has been receiving plenty of criticism over the offseason due to his lack on contribution his first two seasons coupled with his offseason arrest and seemingly stalled progression as a former third-round draft choice. Layne was also tested early and often, showing his lack of short-area quickness and overall awareness in coverage. To his credit, he did force a fumble after the catch was made over the middle of the field by his man, not giving up on the play and turning a negative into a positive. Layne will have to continue to find ways to make impactful plays like this going forward this preseason.

Overall, there wasn’t a lot to take away from the performances of potential nickel cornerbacks Antione Brooks Jr. and Arthur Maulet. Brooks Jr. looked slimmed down as reported from training camp, trying to recomp his body for the position change from a strong safety to a nickel corner. Still, he definitely looked rocked up for playing in the middle, playing well in run support and when asked to drop in zone coverage, but still would allow separation over the middle when tasked with covering WRs in man coverage. Maulet was in a similar boat, seemingly being a step slow in recognizing the WR coming out of his break and wasn’t able to click-and-close at the catch point to contest the pass on a couple of occasions. While showing great effort as a run defender, Maulet just doesn’t have the same size and strength Brooks possesses to finish. This may come off as a negative assessment, but when comparing the play of the nickel/dime backs to that of Hilton and Sutton from last year, it’s safe to say that we should expect some drop off at least initially to start the year.

The rookie defensive backs seemingly played pretty well for the most part. Shakur Brown received a lot of hype after signing with the Steelers as a UDFA but hadn’t made much of an impact in the first couple weeks of training per reports coming from Alex Kozora and others on-site compared to other guys in the room. However, Brown had stepped up his play recently in practice and also showed out well especially in the Hall of Fame Game on special teams, getting in on several tackles as a gunner which will get him in the good graces of ST coordinator Danny Smith to help his chances of making the roster. Mark Gilbert had his highs and lows overall on the night, taking a few bad tackle attempts where he simply wasn’t aggressive enough in trying to put the ball carrier on the ground. However, he had a really nice pass breakup which will be highlighted by Owen Straley on the site here soon.

Tre Norwood was very similar to that of Gilbert in his play style on Thursday night. He has a couple good instances where he broke on the ball well once thrown and contested the pass. He almost made a pick in the red zone on a diving attempt where the QB was hit when he threw the pass, showcasing that knack for getting his hands on the football like we saw in college. However, we also saw the negative pop up from his college film on Thursday night, displaying a lack of aggressiveness in run defense and as a tackler. He struggled to fight off blocks and lacked the physicality needed to come downhill and be a well-rounded defensive back in this defense.

One name that stood out in a positive way was S Donovan Stiner out of Florida. While not often the popular name of the defensive backs the Steelers brought in this offseason, Stiner made a notable impact Thursday night by jumping the route over the middle of the field and snagging the interception and took it into Dallas territory across midfield. This was one of Stiner’s strengths coming out of college, using his length and range to his advantage to cover ground quickly on the backend to force pass breakups and potentially convert some of those into INTs. Should he continue to be a positive in pass coverage as well as show out on special teams and improve his run defense, Stiner could make a case to be make the team as a backup safety or be kept on the practice squad.

Stephen Denmark out of Valdosta State also showed some promise Thursday night. The WR-turned-CB back in college definitely is raw in terms of technique and footwork as we saw on some instances during the game where he would allow separation out of the route. However, we also got to see his freak size and athleticism on display as well, breaking on the ball quickly once thrown and come up as a willing tackler in the run game as well as underneath throws. Hopefully we get to see more reps for Denmark over the next few preseason games to get a better feel for where he is at in terms of his development and if he is better suited for a spot on the practice squad where he can develop more as a technician, or if he can push someone on the roster for a spot as a backup boundary corner and core special teamer.

What are your thoughts on the defensive backs from the Hall of Fame Game? Who do you think stood out and who underwhelmed? Do you think that Pittsburgh has the guys to get it done with what they have in 2021 or do you believe that they should look to bring someone in to help add depth at cornerback or safety? Please leave your thoughts in the comments section below and thanks again for reading!