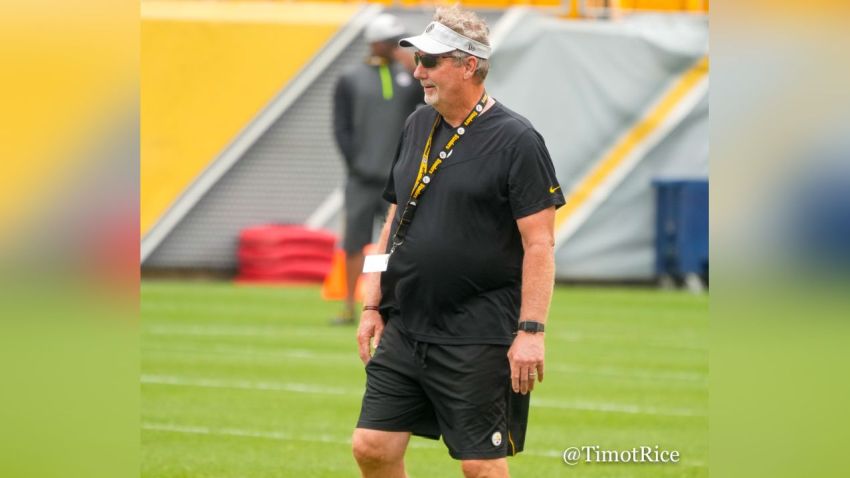 If you’re looking for spare change for parking, the Pittsburgh Steelers only have nickels. Not dimes. Keith Butler made a pretty strong statement to the media on Wednesday, suggesting the team won’t run much of their 6 DB defense this season.

Speaking with reporters, he was asked what the team’s dime package currently looks like.

“Well, right now our two inside linebackers are fitting best in that role,” he told the media Wednesday via a transcript provided by the team. “And that’s a nickel for us, not a dime package. A dime package for us is four DBs, two safeties, and a linebacker. We’re using our nickel right now. Our nickel has been good for us. We like it. We like to be able to do some of the things we want to do, not just cover all the time, but to blitz and put pressure on the quarterback and run a couple of different coverages. To make us a little bit more versatile, we’re better off in nickel.”

The Steelers are still trying to figure out their nickel defense, much less their dime defense when a sixth defensive back replaces an off-ball linebacker. The top option in that time role right now is probably Arthur Maulet. But Butler’s seriously hinting that putting Maulet, or any other option, on the field at the expense of Devin Bush or Joe Schobert, isn’t worth it. And that they’ll play nickel even in more obvious passing situations.

Butler estimated the team will be in dime around 10% of the time this season.

“To me, the times that we’re gonna play dime in the league: Probably ten percent. If people start throwing four wide receivers on us, of course we want to match up and to put the people out there, so we’ll see in terms of what we have to defend. We’ll go through that.”

Only ten snaps of dime came against a four wide receiver look, despite Butler’s insistence otherwise.

Perhaps the Steelers truly won’t use their dime defense this season except against 10/01 personnel. After all, the team traded for Schobert and still has Devin Bush, two guys they want to play a lot this season. That will create more versatility up front and for Butler’s blitz packages. But less versatility for safety rotations and coverage disguises.