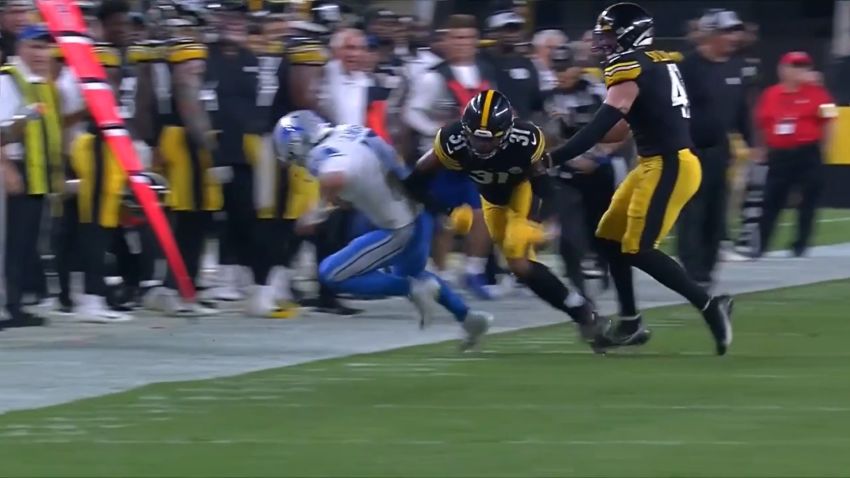 As he makes his final bid to earn a spot on the Pittsburgh Steelers’ regular season roster, cornerback Justin Layne earned a potential vote of confidence from a key figure last week, when Mike Tomlin expressed his expectation that Layne’s upward trajectory this preseason could continue through the final two preseason games.

Following the team’s third of four preseason games, against the Detroit Lions, Layne earned himself another vote of confidence from a key decision-maker: senior defensive assistant Teryl Austin. Speaking with the media Tuesday, Austin offered his praise for the third-year corner, who is fighting several other prospects for a spot on the roster.

“I think that Justin has really done a good job these last few weeks of showing up. And I think in terms of, when I say showing up, he’s making plays on the ball, he’s getting around the ball, he played really tough the other night, threw his body in there,” Austin said. “So those are all good signs. And I think he’s, again, a guy that we have to see consistency in that type of production, in that type of play. But I like where he’s going.”

Layne’s performance against Detroit caught Austin’s attention. He allowed three catches on the four targets thrown his way, but limited those receptions to 12 total yards. Layne also broke up one pass, and finished with a pair of tackles and a pair of missed tackles. All this came while playing a team-high 41 snaps in the contest.

Saturday was a quieter game for Layne than his prior two preseason showings. He had an interception and allowed only one completion on three targets his way against the Philadelphia Eagles, and the week before recovered from allowing a completion against the Dallas Cowboys to force a fumble which the Steelers recovered.

The turnovers have gone a long way to help earn Layne the support of his coaches. But those highlights work against the eight receptions allowed on 12 targets, tied for the worst percentage on the team among players targeted five or more times this preseason. Layne has been, though, targeted the most times among any Steeler defender, tied with James Pierre.

He gets one more game to impress all the team’s decision-makers: Friday night against the Carolina Panthers. Layne is fighting for a spot against players like rookies Tre Norwood, Shakur Brown, and Mark Gilbert. After an inconsistent two years, Layne has been playing some of his best football this season to keep himself in contention.