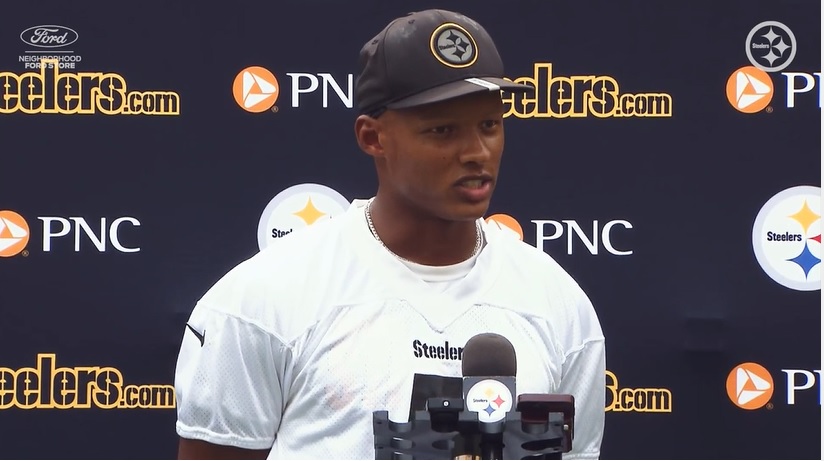 Josh Dobbs is in a fight for his roster spot. The Pittsburgh Steelers probably are only going to keep three QBs on the 53. Ben Roethlisberger is one, Mason Rudolph is another, leaving Dwayne Haskins and Josh Dobbs to fight for that third spot (even as Haskins, possibly, pushes Rudolph for backup duties).

But for Dobbs, he isn’t getting many chances to lock in his spot. Reps have been few and far between. Take Saturday’s practice. He didn’t receive a single rep during team drills, a common occurrence during camp. The only times he gets substantial work are when Ben Roethlisberger doesn’t practice or play.

Following yesterday’s practice, Dobbs admitted what should be obvious. It’s not easy spending your time on the sidelines when you’re fighting for a job.

“It’s frustrating, honestly, not getting those reps to the end of the day,” Dobbs said via Steelers.com. “That’s what you do it for. You do it for the opportunity to go out on the field and compete. And you’re not always given the opportunities to fully show your capabilities. You’re not really put in an ideal situation. So you can’t always control those opportunities, you know?”

According to our camp charting, here are the daily number of reps in team drills — not just passes but total snaps from center — Dobbs has received.

If you’re scoring at home, that’s 37 in seven practices. An average of five per day, and as you can tell by the daily log, it’s often a lot less than that. For Dobbs more than maybe anyone else on the roster, he has to make the most of his chances.

“You just have to maximize the ones that are in front of you and just wait for the time when you’re getting a lot of the reps and put in those positions to succeed and play at the highest.”

He did that in the fourth quarter of the preseason opener against Dallas. He threw the only TD pass of the game, a pinpoint pass to Tyler Simmons in the face of pressure. That accuracy has improved from past camps and preseasons. And his mobility is always a threat, especially in-game behind patchwork offensive lines. It’s also an asset on the half-boots and rollouts infused in Matt Canada’s offense.

It’s unlikely Dobbs will have a change in opportunity until the inevitable preseason finale against the Carolina Panthers. A game he’ll likely succeed in, just as he’s done in years past. Will it be too little, too late? As Mike Tomlin mentioned after Thursday’s game, it’s a battle Dobbs has won before. But it’s seemingly an even tougher path this time around.