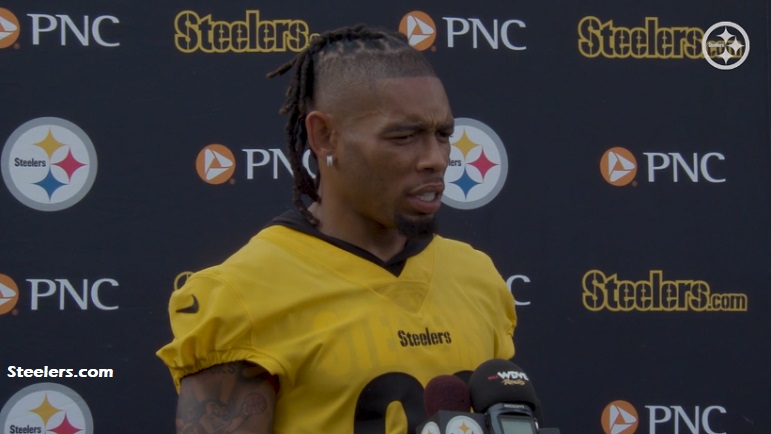 Will Pittsburgh Steelers cornerback Joe Haden sign another contract extension before the start of the 2021 regular season? While the veteran cornerback has made it clear that he hopes to do just that, it’s still extremely hard to tell if he’ll indeed sign another extension prior to the Steelers playing their Week 1 road game against the Buffalo Bills.

On Monday, Haden, who is now in the final year of his current contract, was asked about the recent comments he had made about wanting to sign an extension this offseason and if there has been any sort of progress on one since making those remarks. He was also asked why he wants to finish his career in Pittsburgh as part of that way-too-long of a question.

“Yeah, you know, y’all heard about it,” Haden said. “I obviously want to stay here. Just the organization, the staff, Coach T [Mike Tomlin]. But I don’t have too much more on it, but you know where I want to be.”

As I wrote a few weeks ago when Haden first made it known that he’s hoping to sign an extension prior to Week 1, from a plausibility standpoint, such a deal can indeed get done as long as the veteran cornerback is fine with a deal similar to, or less than, the one he signed in 2019. Haden’s new money average is currently $11 million, and with him now being 32 years of age, it’s hard to image the Steelers signing him to an extension greater than that amount.

The Steelers are still working on getting outside linebacker T.J. Watt signed to a contract extension that should result in him becoming the NFL’s new highest-paid defensive player. When that deal finally happens, it will be interesting to see if an extension for Haden follows. The Steelers don’t negotiate contracts with players once a regular season begins, so Haden and his agent Drew Rosenhaus have less than three weeks to get an extension hammered out with the organization.

Should Haden ultimately not sign an extension in the next 20 days, he would then be scheduled to become an unrestricted free agent in March. Haden also turns 33 years of age in April.

Personally, I think the Steelers should let Haden play out his 2021 season and then reexamine his situation prior to him becoming an unrestricted free agent. We don’t have long to wait to see if that’s their course of action.