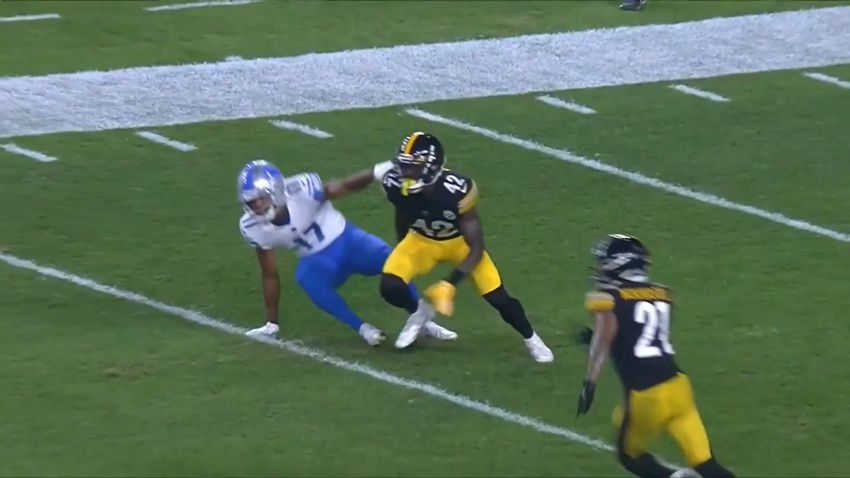 There are just some players who attract buzz to themselves, intentionally or not. It can run the gamut from first-round picks to undrafted free agents. Two of the most-talked about players for the Pittsburgh Steelers this offseason—running back Najee Harris and cornerback James Pierre—have exemplified that spectrum.

Of course, Harris, the team’s first-round draft pick, is already well-established as a day-one starter, which the Steelers said basically as soon as he was drafted. Pierre was a college free agent who made the team last year. Right now, he is competing for the starting nickel job, but he has consistently drawn praise from his teammates, including the veteran Joe Haden.

“He’s been getting better and better ever since I first saw him”, he told reporters of Pierre yesterday. “He listens to coaching. He’s long, he’s fast. He’s just been making plays on the ball. He’s in the right position, and like I said, he takes coaching very, very well. Very, very scrappy, and he loves the game a lot. I’m really happy for him”.

Coming out of a school like Florida Atlantic, it’s not a shock that Pierre didn’t have a high profile when he entered the draft a year ago. But the Steelers were intrigued about his size—he is 6’2”, which is rare for cornerbacks—and his attributes, enough that they decided not to risk putting him on the practice squad, even though, without a preseason last year, nobody had even seen him.

The reason is pretty simple, that being that he earned his way on the team by continually showing the coaches what they expect of him. He seems to see his situation in black and white terms, and simply does what he needs to do.

“It’s very, very basic”, Haden said. “I think the one thing about it is he understands his calls, and he studies the playbook, and then, technique, technique. Don’t get beat to your leverage side. You’re not gonna make every play, but don’t get beat to where you’re not supposed to. I think he’s doing a really good job, just taking coaching, doing exactly what the coaches ask of him, and trying his hardest”.

The Steelers have a couple of options in the secondary, and it’s not really clear which way they’re leaning as their primary choice, which probably makes it more likely that they will employ multiple personnel groupings when they go to the nickel.

Haden and Cameron Sutton will be their ‘base’ cornerbacks. If Pierre were to start in the nickel, then he would play outside, which would send Sutton into the slot. The other option is to have Antoine Brooks Jr. come onto the field in the slot, leaving Sutton outside. Brooks missing the past two preseason games hasn’t helped his case.