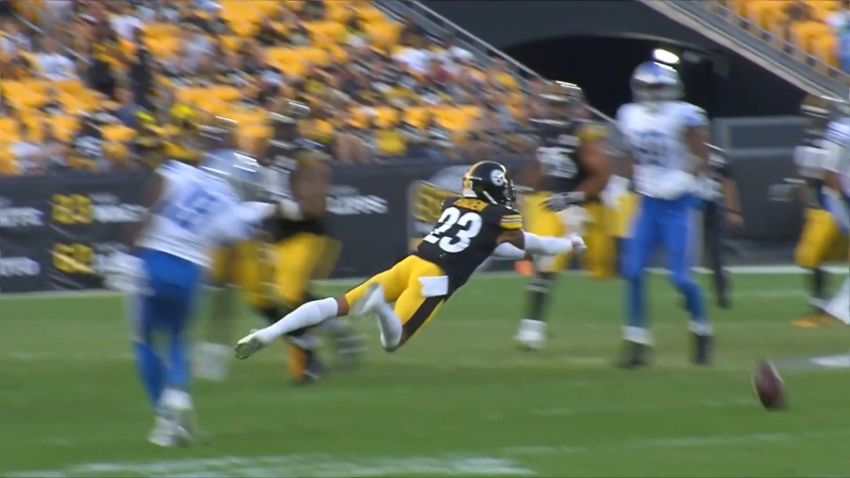 The Pittsburgh Steelers don’t dive headfirst into the free agency pool very frequently, and when they do, they tend to reserve it for players they believe can make a real difference. There are hits (Jeff Hartings) and misses (Ladarius Green) along the way, of course, and plenty of in-betweens (Mike Mitchell). I don’t have to tell you in which column resides cornerback Joe Haden, now entering his fifth season, on his second contract extension, with the team.

A first-round pick by the Cleveland Browns in 2010, he was released at the end of August in 2017, and the Steelers signed him the same day. He has played a key role in transforming their secondary, and remains their number one cornerback. He also believes he retains the same skillset he first brought to Pittsburgh, now at 32 years of age.

“I am about the same speed as five years ago, but 10 years ago, maybe not”, he told reporters following today’s practice, via Teresa Varley’s camp blog on the team’s website. He also detailed the shift in focus that he underwent the offseason that he was released as he sought to maintain his attributes.

“After my seventh year I got a full-time physical therapist that lives out here with me, so I get PT work all of the time”, he said. He has in the past also talked about even improving his walking gait. “My offseason work was more speed, not so much lifting weights, but maintaining speed and my body”.

In his four seasons in Pittsburgh, Haden, across 56 games, has recorded 200 tackles, including 11 for loss, with 10 interceptions (one for a touchdown) and 48 passes defensed. He also has two forced fumbles, one fumble recovery, and a sack. He made the Pro Bowl, for the third time in his career, in 2019.

“I feel like the best thing I can do while I am out here at training camp, still covering these dudes, still feel like I am running, moving, the same as I have been for the last couple of years”, he said. “I feel like I have gotten enough work in. This offseason has been great. I still feel healthy. Good to go”.

One thing that has been readily apparent is that he still retains his veteran savvy, which is not going to deteriorate in his 30s like his physical skills might. He put that on display during the third preseason game on Saturday night when he read a scramble and broke off of his coverage to break on the quarterback’s read and defend a pass to help get the defense off the field.

Haden has said that he would like to get a third contract extension done by the time the regular season starts. He is currently slated to play out the final year of a two-year, $22 million contract extension signed in 2019, and would become an unrestricted free agent in March.