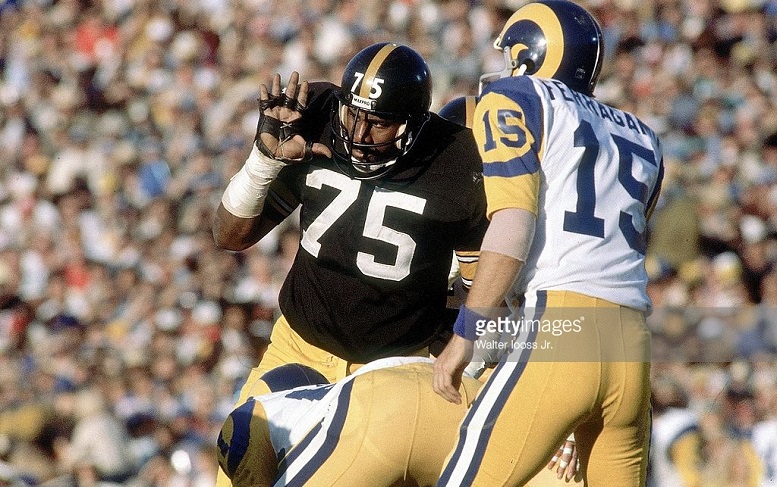 Few players in NFL history — and especially in the illustrious history of the Pittsburgh Steelers — can stake a claim to greatness like one Charles Edward Greene.

Known better as “Mean” Joe Greene, the North Texas product altered the history of the Steelers’ franchise forever after being the first-ever draft pick in the Chuck Noll era, rewriting the record books in the NFL while setting a foundation of a culture in Pittsburgh that has carried on for generations and remains in place to this day.

Despite being a defensive tackle and playing in an era that didn’t officially start to track sacks as a true defensive statistic until 1982, which happened to be the first year after Greene retired from the NFL.

Without sacks to factor into his history as a player, Greene still ranks up there as one of the greatest players in NFL history, and that fact was backed up by the Steeler legend cracking The Athletic’s NFL 100 list, coming in at No. 14 Thursday (subscription required).

The Athletic’s Ed Bouchette profiled Greene for the NFL 100 piece, stating that Greene is arguably the greatest defensive tackle in NFL history.

“Greene not only provided the Steelers with perhaps the best defensive tackle ever to play the game, but he also infused them with a passionate distaste for losing on a franchise that had experienced little but that before his arrival,” Bouchette writes.

“Greene was their heart and soul,” Bouchette writes. “He did not just dominate on the field but in their locker room as well. Once, when a player decided to turn on a stereo in the locker room during a week of practice, Greene quietly walked over and yanked the cord out of the wall. He could command his teammates with a mere look and not say a word. He was the one player the media swarmed at the start of each training camp at Saint Vincent College to get his take on the state of the Steelers as they approached a new season. He always delivered.

“In addition to his two Defensive Player of the Year honors, he made 10 Pro Bowls, five All-Pro first teams (plus three seconds) and the NFL’s 75th- and 100th-anniversary teams, and he remains only the second player whose number (75) has been retired by the Steelers,” Bouchette adds. “For good measure, he was the focal point of one of the best Super Bowl commercials of all time (“Thanks, Mean Joe”).”