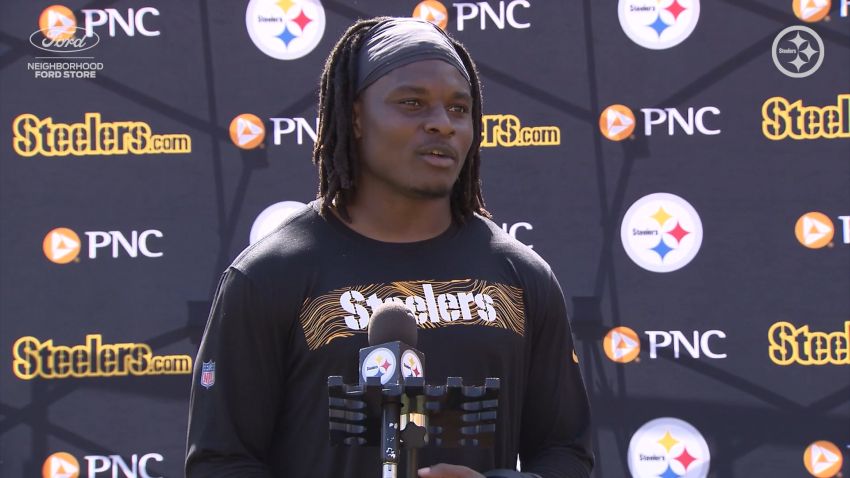 Many a football fan find in themselves a cockeyed optimist at this time of year, filled with unbridled enthusiasm about the potential of their team, and perhaps especially, about the guys who are just on or outside of the roster bubble—clearly the next diamonds in the rough.

There always seems to be that one player, perhaps two, every offseason, where you just know that if they let him go, they are going to miss out on a future Pro Bowler. That feeling is almost always wrong because frankly, those players are few and far between, but it’s certainly fun to mine for gold, knowing that occasionally you do strike the valuable ore.

Finding quality players among college free agents is as good as gold in the NFL, and one of the players fans are most excited about so far is Jamir Jones, a first-year outside linebacker out of Notre Dame, who has already impressed during the preseason. He is in competition for the back end of the roster—but that’s not really how he sees it.

“I don’t even look at it as a competition. We’re all just guys, just helping each other out”, he said of the group behind T.J. Watt, Alex Highsmith, and Melvin Ingram, who are the roster locks. His group also includes Cassius Marsh, and rookie sixth-round pick Quincy Roche.

“Especially at this time of year, it’s not really like a fight to get onto this roster, necessarily”, Jones said with the knowing understanding of somebody who has already been cut before, without even getting to put down preseason tape. “We’re fighting against ourselves, to get on a roster. I feel like if we just keeping putting our best out on tape, something’s gonna find us”.

So many players at this time of year understand that they are not auditioning just for one team, but rather 32 teams. Every team is eventually going to cut 37 players. They will re-sign up to 16 of them onto the practice squad, but most will be looking for jobs elsewhere.

Based on what he has shown since training camp started, Jones is increasingly looking like a player who belongs on a roster somewhere, or at least on a practice squad, but he will have his hands full making it with the Steelers.

Not many teams have such a strong top three as Pittsburgh does this year, and then when you factor in Marsh’s special teams ability, you’re looking at a situation where you’re forcing the Steelers to carry five outside linebackers. That’s something they have been more than willing to do in the recent past, but it still takes someone with a real skill or with real potential to justify it, unless depth across positions is just that thin where you have the extra space.