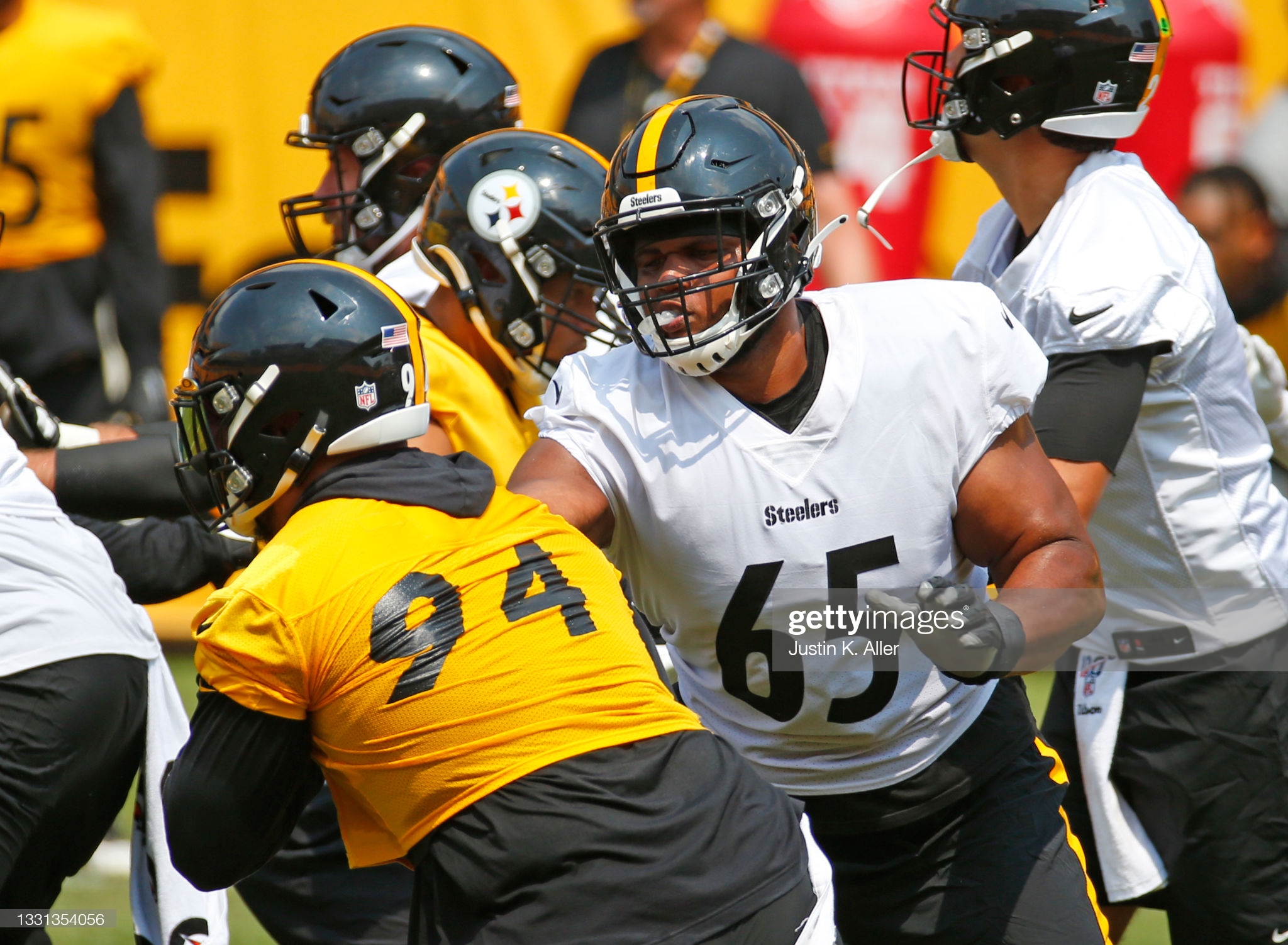 When the Pittsburgh Steelers drafted offensive tackle Dan Moore Jr. out of Texas A&M in the fourth round of the 2021 NFL Draft, the expectation was Moore would come in and sit behind guys like Chukwuma Okorafor, Zach Banner and Joe Haeg to learn the nuances of the position and add strength in an NFL environment.

He might not do much sitting at this point if what former NFL offensive lineman Geoff Schwartz is hearing though.

Schwartz, sitting in as a co-host on the Minus Three Podcast  August 3 with former NFL Network personality Dave Dameshek, stated he’s hearing that Moore is the frontrunner in the left tackle battle, which became a battle in training camp due to Okorafor’s inability to stay on the field, along with his struggles in the run game as a blocker.

“I’m hearing some positive news about the Steelers’ offensive line, which I’ve been skeptical about,” Schwartz said. “Dan Moore Jr. is doing a good job.”

Asked by Dameshek if Dan Moore Jr. could win the starting left tackle job, Schwartz was quick to say that the Texas A&M product will.

“Yes, that’s what I’ve been led to believe,” Schwartz said. “With the pads on, he’s looked a lot better in his pass sets and his play. His improvement is good. I think we’re seeing the improvement now with the pads on; it takes a little time with the speed of the NFL. You’re going to nothing to working with the ones…I think he wins that job. Look, this is going to be a young, physical unit. I’m pleased.”

What Schwartz is hearing regarding Moore Jr. matches up with all that we’ve heard from our own Alex Kozora, who has been at training camp every day, as well as other media members covering the Steelers. Moore Jr. is ahead of the curve and has really seized upon the opportunity to compete for the left tackle job.

He has the makings of a prototypical tackle prospect in the NFL with his great size and length overall with the long arms and movement skills to latch on and mirror in pass protection. Coming out of school Moore showed good athleticism and movement skills for his size and was able to get out in space and climb to the second level of the defense.

Though it’s still very early in training camp and in the development of Moore, he flashed quite a bit to date in training camp and in the Pro Football Hall of Fame Game, seemingly putting himself in the driver’s seat to pass Okorafor on the depth chart. While I am not all in on the Steelers and offensive line coach Adrian Klemm choosing the raw Moore Jr. over Okorafor to protect Ben Roethlisberger’s blindside, it would be quite interesting to see the Steelers go very young at left tackle and let Moore Jr. learn on the fly.

That could bode well long-term for the Steelers.