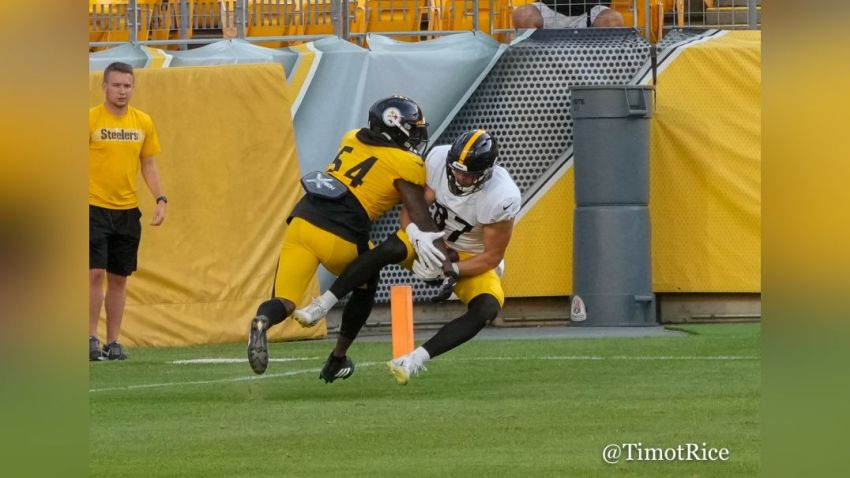 In his rookie year back in 2019, Ulysees Gilbert III immediately caught my eye. A good athlete who made plays on the ball, his tackling — what I thought was a weak spot at Akron — was also consistent. On paper, he had all the traits and tools to start in this league.

Since then, repeated back injuries have cut his seasons short. Seven games as a rookie, four games last season. He’s healthy now but through camp and especially the team’s first two preseason games, Gilbert looks like someone who is further away from making the 53-man roster. A guy who is headed in the wrong direction.

Some examples of his struggles this August.

First clip comes from the Hall of Fame Game against the Dallas Cowboys. 3rd and 12, a money down the Steelers should get off the field on. For context, on 3rd and 12 over the last two seasons, the median first down conversion rate was just 16.7%.

Here, Gilbert is in position to make this tackle on this catch three yards short of the stick. But he can’t wrap up and finish the play, falling off TE Dalton Schultz who gets past the sticks and converts. Keeps the drive alive and sets them up near field goal range. Dallas would drive down to the ten though had their field goal blocked.

Still, that missed tackle is the difference between a punt and prime scoring chance.

Fast forward to Week Two against the Eagles. Two minute drill for the defense. RB Kenneth Gainwell runs an angle/Texas route, stemming outside out of the backfield before crossing the LBs face to the inside (it’s usually an option route based on LB leverage).

Not an easy route to defend but Gilbert still plays it poorly. Off the snap, he opens his hips completely and faces the sideline, allowing the back all the room to cross his face and run the angle route. Worse, it doesn’t even look like he has his eyes on anything or anyone, his head completely turned and looking at the bench. 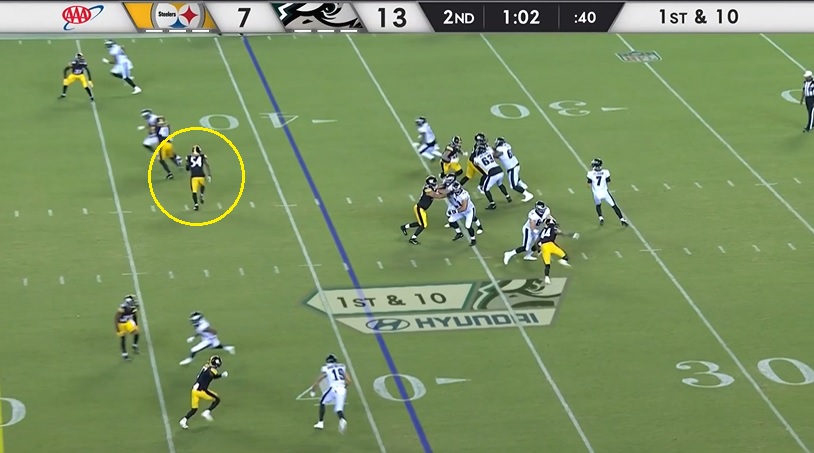 Defenders need to look at two things. The receiver/routes they’re covering or keying the QBs eyes in zone coverage. He isn’t looking at either. Gainwell makes the easy grab, Gilbert has to try to recover, and he couples poor coverage with another missed tackle. Goes for 11 yards and a first down.

Finally, a look at his run defense. Earlier in the Cowboys’ game. Poor job at the point of attack by the tight end base/down block. Gap assignment and integrity can be tough to tell on TV tape but I don’t like Gilbert turning his back to the block. Vision off the ball and he takes away the ability to use his hands to try to shed.

Instead, he gets pushed eight yards backwards before spinning out. Just takes himself out of the play and makes the block easy for the tight end.

According to our charting, Gilbert has been targeted four times this preseason. He’s allowed three catches for 36 yards. To his credit, he’s had a couple moments in coverage, including a breakup in 1v1 yesterday. And the sample size here is small, just about 40 defensive snaps across two games.

But as Matthew Marczi wrote about yesterday, his stock is down and with the addition of Joe Schobert, he’s probably been pushed off the roster. But you can’t blame it all on the Schobert deal. Even if the Steelers didn’t make that move, Gilbert hasn’t done enough to earn a roster spot as the final linebacker on the roster.