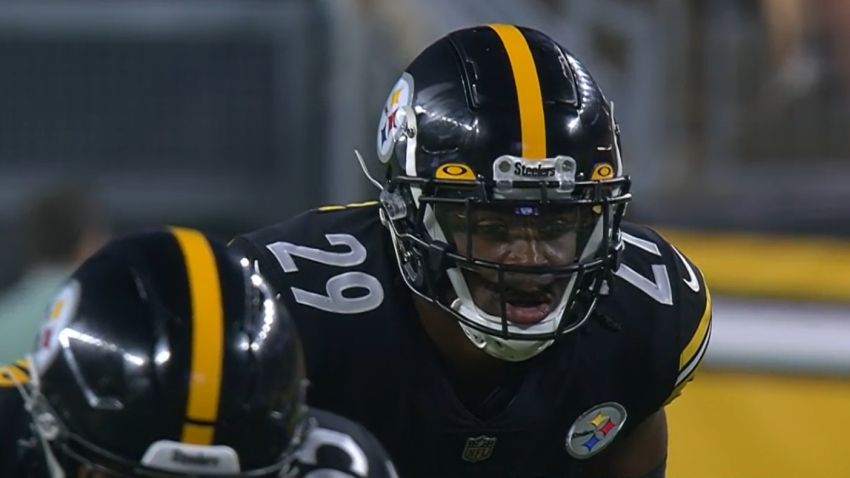 While a majority of Steelers fans tuned in to see how rookie RB sensation Najee Harris would fare behind the first-team offensive line against the Detroit Lions on Saturday night, many of the contributors here at Steelers Depot, including myself, had our sights on Kalen Ballage who was signed off of the street this offseason. Ballage enjoyed a good game against the Dallas Cowboys to kick of the preseason but suffered an injury in the game that caused him to miss valuable practice time and the team’s second preseason contest against the Philadelphia Eagles. He worked his way back to participate in practice this past week and was given the green light to hit the field, getting into the game to begin the second quarter and played up to the start of the fourth quarter.

Ballage finished the night with seven carries for 30 yards (4.3 YPC) and also hauled in two catches for 17 yards. A modest output for the backup running back, but while splitting time with RB Anthony McFarland Jr., he made the most of his opportunities. As a runner, Ballage returned to form as the no-nonsense, powerful short yardage back that can put his head down to pick up the tough yards to move the chains. On this play, we watch Ballage hit a jump cut to the left and get skinny through the hole on the right side, driving his legs on contact once wrapped up, taking a whole village of defenders to knock him back after a respectable gain.

We see the fancy feet and burst on this next run later in the second quarter where Ballage adjusts to the defense collapsing the pocket and bounces it outside to the left, turning up field, putting his shoulder down as he contacts #51 Jahlani Tavai, continuing to push forward with constant knee drive after the collision to make sure he falls forward for an extra yard.

For being more of a north/south runner that doesn’t have great vision, Ballage was pretty effective on his outside runs Saturday night. He recognized when the hole wasn’t there and made the correct move to get to the edge to maximize yards gained. We see that here on this run where #76 Chukwuma Okorafor gets pushed into the initial hole, causing Ballage to stop and cut back to the right. To be fair, he does stumble a little bit, but manages to regain his balance as he gets the corner, stiff arming one Lions defender on a diving tackle attempt as he runs up the sideline and gets to the first down marker.

What makes Najee Harris so special as the sure-fire starting running back for the Steelers is his elusiveness and ability to catch the ball out of the backfield for a runner of his size. While Ballage may not possess the same ability to evade tacklers like Harris, he has shown on occasion to be a capable pass catcher when asked to do so. Take, for example, this rep where Ballage leaks out to the flat in the red zone and secures the pass from #2 Mason Rudolph with a defender right on his tail, holding onto the ball as the defender wraps him up and tries to reach and knock the ball lose as he stays on his feet while being escorted out of bounds.

Earlier in the game, Ballage had another grab as a receiver out of the backfield, getting into space as the check down option for Rudolph. Ballage proceeds to catch and run up the field and eventually gets hit by the defensive back coming from the secondary, attempting to spin forward to reach out gain an extra yard or two after having his legs caught by the defender.

Now, it has been noted that running backs under HC Mike Tomlin need to be able to not only run the ball effectively and catch the ball out of the backfield, but also be capable when asked to contribute in pass protection. This was one of the bigger questions for Ballage shortly after he was signed as his competition for the backup job, Benny Snell Jr., has done well in this facet of the game. Ballage was up for the task Saturday night, and displayed the willingness and technique necessary to hold his own like on this rep against the defender coming off of the edge.

Successful on the ground? Check. Capable as a pass catcher out of the backfield? Check? Has the chops to aid in pass protection? Check. What am I missing? Oh ya, as Marshall Mathers would say, “Will the real Danny Smith please stand up?” If you want to make the Pittsburgh Steelers as a backup running back, you have to make yourself available on special teams. Thankfully, Ballage had that on his resume well before he came to town, playing on kick and punt coverage units as well as having experience returning kicks back to his days at Arizona State. While being the team’s kick returner may not be in the cards, Ballage can be more than serviceable on coverage and return units. Here on this long return by #80 Matthew Sexton, we see Ballage pick up a block along the sideline (I know it’s the kicker, but still), giving Sexton a nice lane nearly ten extra yards on the big run back.

Given the absence of virtually any participation for Benny Snell Jr. throughout training camp and the performance of Ballage in his two stints of action thus far, I would be willing to bet that he has made his mark on the coaching staff and has earned a roster spot on the 53. Now, it remains to be seen if the coaching staff reverts to Snell being the primary early-down backup to Najee Harris, or if Ballage has displayed enough as a runner, receiver, and pass protector to have snatched that role away from Snell who is still nursing a training camp injury. As it is often said, your best ability is your availability, and while Ballage has bounced around the league over the past couple of years, he has been available and reliable during his short time in Pittsburgh with the opportunity he has received.

What are your thoughts on Kalen Ballage’s performance against the Detroit Lions? Do you think that he has earned a roster spot for the 2021 season? Do you think he has done enough to edge out Benny Snell Jr. as the short yardage/early down backup to Najee Harris? Please leave your thoughts in the comments section below and thanks again for reading!