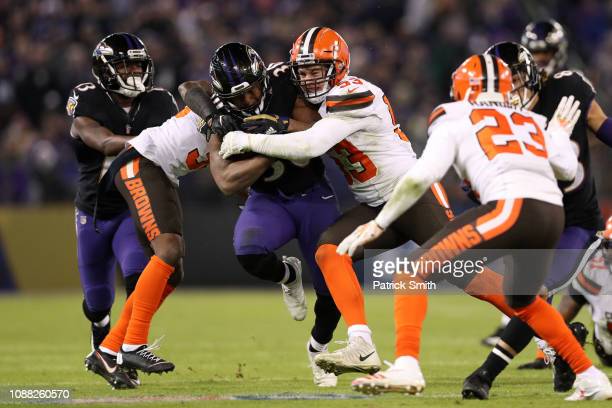 Shortly after the preseason game against the Philadelphia eagles got underway, news broke across Twitter that Jaguars LB Joe Schobert was reportedly being traded to the Pittsburgh Steelers. While ESPN reporter Jeremy Fowler shared the news, the announcement was actually made on social media by Schobert’s wife, Megan, who addressed yinzers on Twitter saying that they were going to love the news that was coming.

The Cleveland Browns selected Schobert in the fourth round with the 99th overall pick in the 2016 NFL Draft. After playing as a part-time starter in his rookie season, Schobert went on to start every game in 2017, logging a career-high 144 total tackles (87 solo), four TFLs, three sacks, three forced fumbles, four PBUs, and an INT. The gaudy stat line helped Schobert make the Pro Bowl as an alternate for the injured Ryan Shazier in 2017. Over the course of his five-year career, Schobert has started 65 of 77 games played, notching 549 total stops (336 solo), 21 TFLs, 11 sacks, nine forced fumbles, three fumble recoveries, 24 PBUs, and nine INTs.

Schobert wasn’t a highly-touted prospect coming out of the draft mainly because of his athletic upside. A former walk-on at Wisconsin, Schobert has average size (6’1, 245lb), and boasts average athleticism for the position in terms of speed and explosiveness, running a 4.74 40, 4.30 short shuttle, 7.11 three-cone, 33 1/2in vert, and 9ft 3in in the broad. However, Schobert is incredibly active from the neck up, showing great mental processing and field awareness to react quickly after the ball is snapped to defend the run or drop back in pass coverage. To have over 100 tackles per season and make as many plays on the football while in coverage that he considering his athletic limitations, Schobert has to be a bright, instinctive player to be around the ball as much as he is.

While his pass coverage ability is one of Schobert’s strong suits and probably a key reason Pittsburgh opted to make the trade, I will be highlighting Schobert’s ability as a run defender in this film room. Despite not being a top-tier athlete, Schobert is extremely effective at shooting gaps as a run defender either when working downhill or on the run blitz. Watch this stop against the Bengals where Schobert triggers downhill quickly and shoots the gap on #28 Joe Mixon, wrapping him up low around the legs and sticks him behind the LOS for the five-yard loss on the play.

He can be slippery as a blitzer up the middle, having the awareness and body control to work through trash effectively at the LOS, getting through small gaps in-between blockers to make tackles in the backfield like we see on this play against the Packers and #33 Aaron Jones.

Naturally, Schobert can struggle when he gets squared up by size and power across from him in terms of getting off of blocks. However, his instincts and mental makeup aid his ability to fend off blocks effectively to continue his pursuit of the football. Take, for instance, this rep against the Bengals where Schobert does a great job evading the cut block at the second level, keeping his shoulders square to the LOS and sticks his hands out against #68 Bobby Hart to shed the cut block attempt. He then continues his pursuit to the left sideline and gets in on the tackle for minimal gain.

Along with his awareness to avoid blocks, Schobert does a good job in taking good angles of pursuit to the football. In this rep against the Titans, we see Schobert line up in the box and immediately starts to work to his right once the ball is snapped, reading the play on the toss play to the right. When he commits to his pursuit, Schobert does a good job going underneath the block attempt of #60 Ben Jones, taking a great angle to meet #22 Derek Henry a few yards from the LOS and drills him from the side, holding him to a short gain on the play. Schobert’s ability to work around the block and take down a player of Henry’s size as effectively as he did speak to his soundness of technique in pursuit and as a tackler.

One thing that continually sticks out from Schobert’s film is his tendency to keep his shoulder square to the LOS as long as possible. This allows him to fend off blocks effectively and not allow blockers to attack him with shoulders turned, making it easier to make the block when attacking half a man from an inside or outside shoulder. Here against the Patriots, we see Schobert come downhill on the LOS once the ball is snapped, keeping his shoulders square as he defeats the block of the LG and slips off at the last second to turn his shoulders and commit to the back getting the corner, gang-tackling him with the safety to prevent the big ply on the outside run.

Here is another play from the same game where Schobert takes a good angle of pursuit on the run to the left side, running across the face of #61 Marcus Cannon and gets into the backfield to wrap up the ball carrier right at the LOS for no gain. Granted, Schobert came in a little high on this tackle attempt and can do a better job running his feet on contact, but he executed his assignment effectively and made the stop.

Schobert may not be this physically imposing second-level defender with the size and stopping power to rack up highlight reel hits, but he is steady and instinctive as a run defender, rarely ever being out of place as he diagnoses the play and flows to the football efficiently. For the Steelers, Schobert appears to be a great compliment to LB Devin Bush’s athleticism on the inside, having the mental acumen and experience to form an effective tandem at the inside linebacker position in 2021 and potentially for years to come.

Much as fellow Steelers Depot contributor Matthew Marczi pointed out in his article posted this morning, Pittsburgh lacked a truly competent option that could be relied upon next to Bush as the ILBs struggled in the team’s second preseason game against the Eagles, especially from a pass coverage perspective and finishing on tackle attempts. Given Schobert’s resume and the fact he has logged seven INTs in just his last two seasons from the inside linebacker spot, this trade figures to stabilize the front-seven of the defense, rounding out a tantalizing linebacker core paired with a dominant defensive line to continue to emphasize the Steelers defense as a strength in 2021.

What are your thoughts on the Joe Schobert trade? Do you think he will be a good addition to the Steelers defense from a run defense perspective? Please leave your thoughts in the comments section below and thanks again for reading!