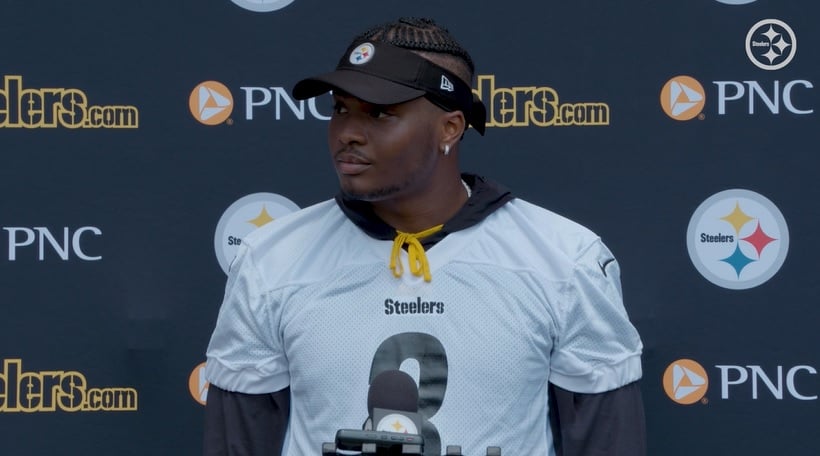 It would be unfair to assume Washington didn’t prepare Dwayne Haskins to play. But to hear Haskins tells it, Pittsburgh is doing a much better job of giving him info on the opposing defense. Talking with reporters Wednesday, Haskins compared how Pittsburgh’s operated compared to his prior football stops. The answer was pretty surprising.

“I think the biggest thing with me preparing is…I think Coach Tomlin does a great job as far as giving you a scouting report of who you’re playing that week,” Haskins told reporters via Steelers.com. “I never really had that before. As far as being able to know who was the senior analysis coach, who was the defense coordinator, who was the DB coach, what did he like to do, what techniques do the corners play. And we’d get that all before we even come into practice that week. So that’s pretty cool to be able to have a great jumpstart as far as what you’re looking at and what you’re seeing. So I feel like that definitely prepares me to go out and play against Carolina.”

A pretty incredible statement for Haskins to make and one that is pretty damning of Washington’s organization. Washington selected Haskins with the 15th pick of the 2019 draft. That season was a mess, for him and the team. They started the year 0-5, fired head coach Jay Gruden, and sat at 1-7 before turning to Haskins. Under interim head coach Bill Callahan, the results weren’t any better and the team finished 3-13.

Washington brought in head coach Ron Rivera for 2020 but Haskins still struggled, had issues off the field that caused him to lose his captaincy, and was eventually released by the team midseason.

At the time, Haskins was criticized for poor work ethic and preparation habits, even by his former coach, a notion he refuted on Wednesday.

“I’ve always been the type of person, whether that was narrative or not, to watch film and stay in late, come in early.”

From our outsider view, it’s impossible to perfectly separate fact from fiction. Which reports are true, what they got wrong, and how real Haskins’ work ethics problems were. It’s fair to say everyone shouldered blame. Regardless, Pittsburgh seems the perfect fit. A wake-up call for Haskins, a chance to start fresh, and a team giving him the tools to succeed.

“I feel like with this offense, we do a lot of different things that can exploit a defense. Whether it’s vertical passing, play action passes, bootleg game, RPO, screens, all that stuff.”

Perhaps above all, there’s a lot less pressure on Haskins this year. Plenty of summer hype from fans, sure, but he isn’t carrying the weight of the world on his shoulders. He isn’t even likely to dress once the regular season kicks off. For the first time since he’s been in the NFL, he can watch and learn instead of being thrown into the fire and swallowed up.