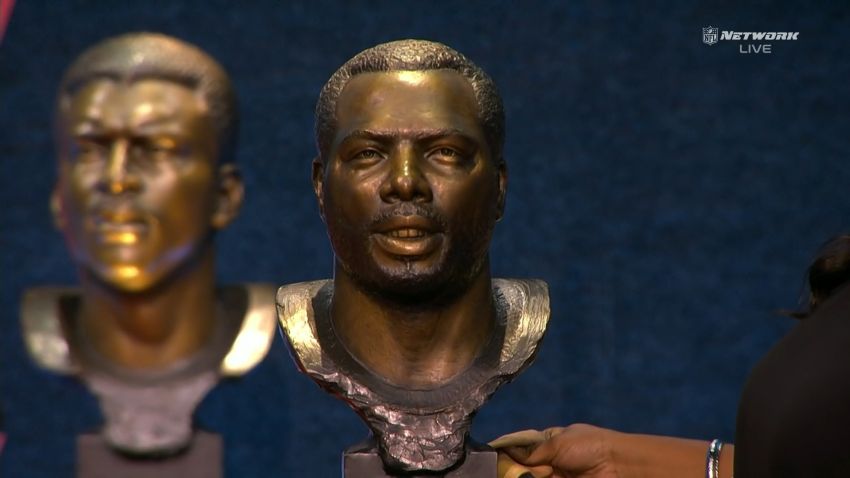 Every person who enters the Hall of Fame take their legacy, and their story, along with them. Donnie Shell is not the first person to be enshrined from a similar background, but the former Pittsburgh Steelers great is more than proud to raise the banner of the HBCUs as one of their sons.

HBCUs, or historically black colleges and universities, were largely ignored for the majority of their history in the scouting circles, but that began to change thanks to people like Bill Nunn, finding players like Shell, who are now recognized as one of the greats in NFL history.

Nunn, of course, became a scout for the Steelers, and played a vital role in bringing in Shell as an undrafted free agent in 1974. He also understood that they had a coach in Chuck Noll who would give anybody a fair chance.

“The thing I like about Chuck Noll is, he did not care about where you came from or what college you went to, but are you self-motivated”, Shell said in his enshrinement speech last night. “Praise God for coaches who are not only coaches at HBCUs, but mentors and fathers to their players. Praise God for Bill Nunn, who advocated for HBCU players across the NFL, and had the foresight to switch me from linebacker to strong safety”.

He recalled a story from his rookie season, when a reporter pulled him aside one day to do an interview, asking him if he realized that he had very little chance to make the team, that he wouldn’t even get reps. “Obviously he’s not familiar with Coach Willie Jeffries from South Carolina State University, and the South Carolina State Bulldog tenacity”, he said.

“When the facts get in the way of your goal, you must go against the grain of what is true to achieve your goal”, the newly-minted Hall of Famer said. “I looked him square in the eye and I said, ‘Mister, I’m from South Carolina State University. Coach Willie Jeffries said I could do whatever I want to do when I get to training camp, and I have a chance to make this team’”.

Willie Jeffries is a man you’ll hear Shell bring up as often as Chuck Noll. Both of them served an integral role in both his professional and personal lives, as did Nunn, and they helped instill in him the value of never giving up, no matter the odds.

“Please do not let obstacles, trials, and unforeseen circumstances deter you from accomplishing your dreams and goals you set for yourselves”, he said. “At the end of training camp, I was one of 13 rookies to make that team”.

He would go on to spend the next 14 years on Noll’s roster, starting 162 of 201 career games, and playing a critical role on four Super Bowl-winning teams. He was excellent even when the Steelers were not, recording at least five interceptions in six consecutive seasons from 1979 to 1984.

And he did it coming out of South Carolina State at a time when few scouts would even look at him, a piece of his legacy I have no doubt he is as proud of as any other.