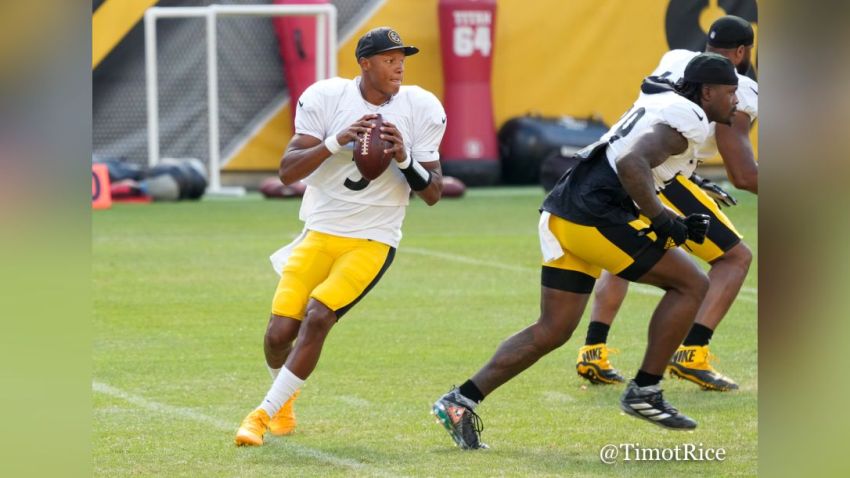 After the Pittsburgh Steelers completed the trade to acquire Jacksonville Jaguars LB Joe Schobert to shore up the inside linebacker position next to Devin Bush, the move has left the team’s draft capital for 2022 fairly bare. While the move to acquire Schobert only cost the team a sixth-round selection for a quality starter, Pittsburgh currently does not hold a fourth, fifth, or sixth round pick in the 2022 NFL Draft. Granted, they do expect to pick up compensatory picks for Bud Dupree, Matt Feiler, and potentially Mike Hilton that could turn into a third and fifth-round selections depending on how the compensatory formula comes out.

However, given the depth at several positions on the roster and GM Kevin Colbert’s history of wheeling and dealing players and picks during the preseason, it would be safe to assume that Colbert may be looking to recoup some of that draft capital before the preseason concludes. Knowing this, here are some logical names that the Steelers may send to another team for draft picks over the next couple of weeks.

As has been highlighted by the training camp reports by Alex Kozora, the defensive line group may be the deepest on the defensive side of the ball and could potentially lead to a numbers crunch come cutdown day. Guys like Isaiah Buggs, Carlos Davis, Isaiahh Loudermilk, and Henry Mondeaux could all be fighting for the final two spots on the regular season roster, meaning someone is likely to be given the pink slip and try and make the practice squad.

Given the Buggs is heading into the third year of his four-year contract with the team having more years under contract with Loudermilk and Davis, Buggs could be a young defensive lineman that has flashed at times that Colbert could trade to a team needing depth along the defensive front for a sixth or seventh-round selection. That way, you can round out the DL rotation with Chris Wormley, Isaiahh Loudermilk, and Carlos Davis serving as your immediate backups and revert Mondeaux to the practice squad.

After rookie punter Pressley Harvin III had the performance he had during the Hall of Fame Game against the Cowboys, it seemed destined that Jordan Berry’s days on the team may be numbered. Kozora has noted that Berry hasn’t had a bad camp by any means and has actually been very consistent with his play. However, given the investment into Harvin III with the draft pick as well as ST Coach Danny Smith’s affinity for Harvin III during the pre-draft process, the team may elect to go with the youth and upside of Harvin III over the experience of Berry.

Trading Berry could net Pittsburgh a pick in the seventh-round much like Brad Wing did years ago, and the team would free up $850,000 in cap space to sign another FA that gets cut by another team that can provide viable depth in Pittsburgh.

This scenario became a lot less likely after WR Chase Claypool sustained the minor ankle injury on Tuesday, but after the rumblings of Washington desiring to be traded surfaced a week ago, it’s important to at least recognize the potential of a deal here. Washington is a free agent after the season and the Steelers likely won’t want to re-sign him for the money he will be looking for on the open market. Washington also wants an opportunity to be more than a team’s #4 receiver on the depth chart and get into a regular rotation at wide receiver with a team that will better showcase his abilities.

Outside of injury, Washington isn’t likely to see over 30 receptions on the season, making a trade feasible to recoup a decent package in return. However, after the Claypool scare, Pittsburgh may be hesitant to move off of their insurance policy in Washington. Still, should a WR-needy team like the Saints, Raiders, or Eagles come calling offering a fourth-or-fifth round selection for Washington, I do think that Colbert would be willing to listen if they were confident in guys like Anthony Johnson or Rico Bussey being competent to play as the WR4.

Dobbs struggled in his second preseason game against the Eagles, but he had a great showing against the Cowboys in his first game action of the preseason. It is almost a lock to expect the team to keep Ben Roethlisberger, Mason Rudolph, and Dwayne Haskins as the three quarterbacks on the roster, making Dobbs the likely man on the way out.

While they could hope to put Dobbs on the practice squad, Dobbs may look for an opportunity to make a roster for another team, so seeking to deal him again like Pittsburgh did in 2019 to the Jaguars could end up netting the team some draft capital. The Steelers received a fifth-round pick from Jacksonville in 2019, and while they may not be able to get that for Dobbs this go-around, I do think that a sixth or seventh-round selection would be feasible if he plays well in the final two preseason games.

Benny Snell Jr. has been the man taking the criticism in the running back room since the beginning of the offseason. While he has been dealing with injury thus far in camp and has yet to play in a preseason game, I do think he should be the guy on the outside looking in when it comes to potential backups behind rookie RB Najee Harris. Anthony McFarland Jr. has been up-and-down this preseason, but he has been contributing on special teams as a kick and punt returner and provides an element of speed and explosiveness to compliment Harris’ game.

Kalen Ballage also has been dealing with injury as of late, but he had quite the showing in the Hall of Fame Game, displaying a physical, downhill running style as an effective short-yardage back as well as a viable contributor on special teams’ units. Ballage also possesses more burst in the open field than Snell, limiting his possible on-field contribution. Should Snell play in the final two preseason games and represent himself well, teams like the Rams, Falcons, or Bills could offer a late-round pick for Snell who can be a bruising back in-between the tackles and contribute on special teams.

What are your thoughts on the names listed above as potential trade candidates? Do these names make sense, or are there better candidates that you could see traded for draft picks? Do you think someone actually gets traded before the season starts? Please leave your thoughts in the comments section below and thanks again for reading!