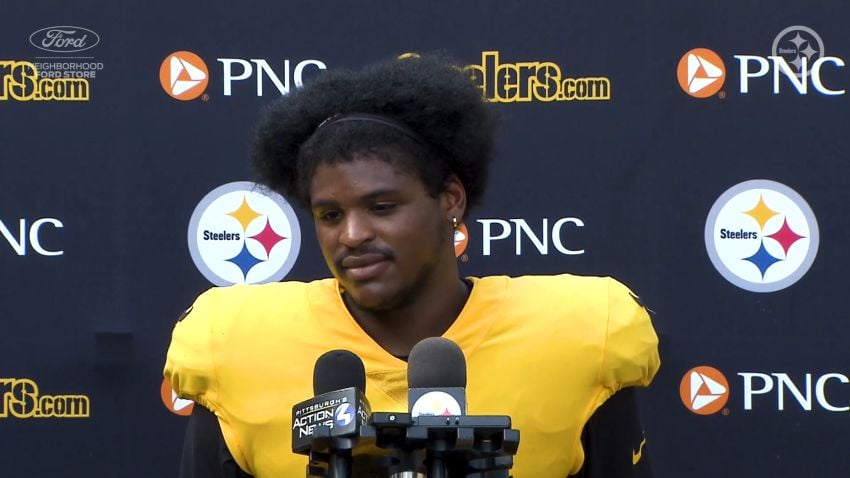 The 10th overall pick in the 2019 NFL Draft, Bush has only played 21 games at this point in his NFL career after his second season was cut short last year with a torn ACL that he suffered in game five. According to head coach Mike Tomlin, he’s set to make his preseason debut on Thursday against the Philadelphia eagles.

“I feel good. I’m ready. I’ve been ready for a while now, but mentally I think I’m ready”, he told reporters following Monday’s practice. Previously, inside linebackers coach Jerry Olsavsky also confirmed that he was physically ready, but suggested that getting back mentally may take more time.

The 23-year-old linebacker was already taking reps even going all the way back to OTAs, which is noteworthy, but the Steelers haven’t been pushing him beyond where he should be, either physically or mentally.

Prior to going down last year, he put up 26 tackles with a sack, three passes defensed, and two quarterback hits. As a rookie, he registered 109 tackles with a sack, two interceptions, and four fumble recoveries, one of which he returned for a touchdown, in addition to forcing a fumble of his own.

Now he’s still working on getting back to the swing of things, knowing that he is there physically, and mentally. It’s “just getting back out here playing football with these guys like Najee and Diontae and the O-linemen”, he said, “just the speed of the game and getting used to just reacting”.

Interestingly, it does look like the Steelers will have Robert Spillane wearing the green dot this year, something that he did after Bush was injured last season, but he wasn’t at all concerned with that as long as he’s on the field. He just wants to get back to where he was, and that will take time.

“I think it’s one of those repetition things, where you just get better with reps”, he said about getting back up to speed, and that’s true of any physical injury. You can’t replicate real reps at full speed if you’re not physically doing it, so if you spend a long time out of it, and your knee hasn’t done it in the better part of a year, it will have to be an adjustment to those motions and the rapidity of that timing.