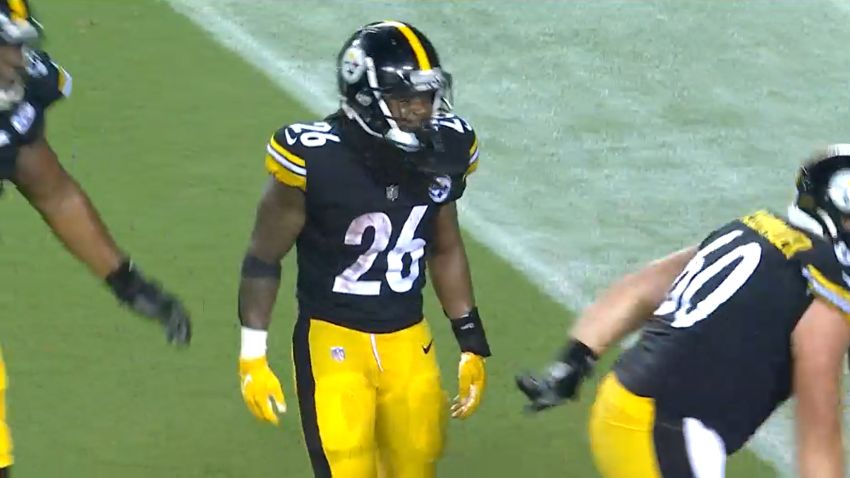 Yes, it’s only a preseason game, but McFarland looked good Thursday night at Lincoln Financial Field in Philadelphia, rushing for 34 yards and a touchdown on nine carries. The strong game against the Eagles capped off a good week of practice in training camp for the Pittsburgh Steelers’ second-year running back, which is largely a testament to his conditioning and readiness, according to head coach Mike Tomlin.

Speaking to reporters following Thursday night’s win, Tomlin praised McFarland for his conditioning and readiness in Year Two, which has McFarland poised for a big jump in Pittsburgh.

“We’ve been talking quite a bit about these second-year guys. It starts first and foremost with conditioning that displays the understanding of the challenges that lie ahead. Ant came in highly conditioned. Last year, he missed some work during the team-development process because of his lack of readiness, which is very common for a young guy,” Tomlin said. “He’s been very available this year, and I think that’s just aiding in his growth and development, and I think it’s producing the play that you’re looking at. But again, you could say the same thing about Antoine Brooks [Jr.] prior to his injury, James Pierre, Carlos Davis. We expect those guys to make a significant jump. The things that allowed them to be around here a year ago aren’t the things that are going to have them employed this year. And we’re very honest about that. The level of expectation changes, and appropriately so.”

Though McFarland had a rough showing against the Dallas Cowboys in the Hall of Fame Game, failing to convert a third down on a short check down from Dwayne Haskins, the Maryland product showed out on Thursday against the Eagles, adding a rushing touchdown where he flashed some power and leg drive, churning through the pile to bounce into the end zone.

Asked Thursday after the game if he’s noticing if he’s a bit more patient this year, especially against the Eagles, McFarland was quick to agree,

“Yeah. Obviously, practice is always gonna be different than a game, but in a game, as I get the ball more and more, I just learn how to be comfortable,” McFarland said. “Just being patient, not being so jittery; taking it one play at a time.”

I still believe the game is moving a bit too fast for the former Maryland star at times, as evidenced by his showing against the Cowboys, but Thursday’s performance was a tremendous step in the right direction for the young running back. If he can continue to be ready and in good shape, and can continue to be patient and slow the game down, the Steelers could have a tremendous 1-2 punch with rookie Najee Harris and McFarland in the backfield.