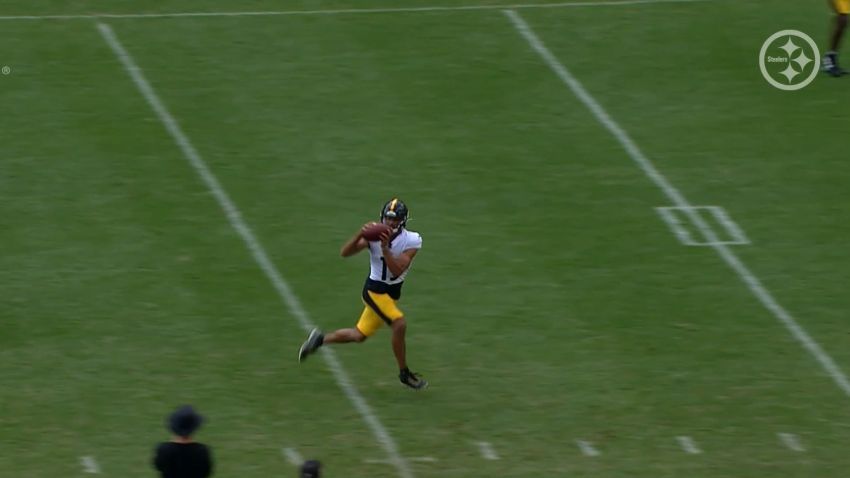 Quality wide receiver depth is one of the most valuable commodities in the modern NFL, a fact of which the Pittsburgh Steelers are well aware. They used four high, Day 2 draft picks on the position over the course of the 2017 and 2020 NFL draft classes, though they did not touch the position this year.

That’s because they retain their full repertoire from last season, even right down to the practice squad. While JuJu Smith-Schuster, James Washington, Chase Claypool, and Diontae Johnson are your locks, Ray-Ray McCloud hasn’t done anything to remove himself from the discussion after serving as the number five receiver in 2020.

Also back is Cody White, who spent almost all of the previous season on the Steelers’ practice squad. And the Steelers showed how interested they were in seeing him when they elected not to waive him when he got injured, as they have done for half a dozen others already.

“I had a little bit of a setback. I was out for one and a half, two weeks. I’m back now, full-strength”, White told reporters yesterday, in an interview for which video is not available. “For them to hold on to me, it was a big step, and for them to have the faith for me to be able to stick around and keep making plays and keep showing them that I’m capable is really exciting”.

He rewarded the coaching staff for their patience, as he was able to return to the field in time for the Steelers’ second preseason game, and he helped to make a difference. While he didn’t make any huge splash plays, he was a valuable contributor, catching five passes for 39 yards. Two of those catches were third-down conversions.

Not only that, the 6’3”, 215-pound wide receiver also demonstrated his willingness and ability to contribute away from the ball, offering to throw a block here and there, whether in the run game or on a screen pass.

One thing that is concerning is that he did not play on special teams, however, and that is a very bad sign when it comes to roster viability for depth players. Other wide receivers, such as Anthony Johnson, have made it very clear that they recognize the importance of special teams in their bid to make the team.

Unless he flashes so much over the next two games that they decide to carry him as their fifth wide receiver, and relegated McCloud to the ‘special teams’ wide receiver, he’s going to have to earn some time on Danny Smith’s units, and fast.