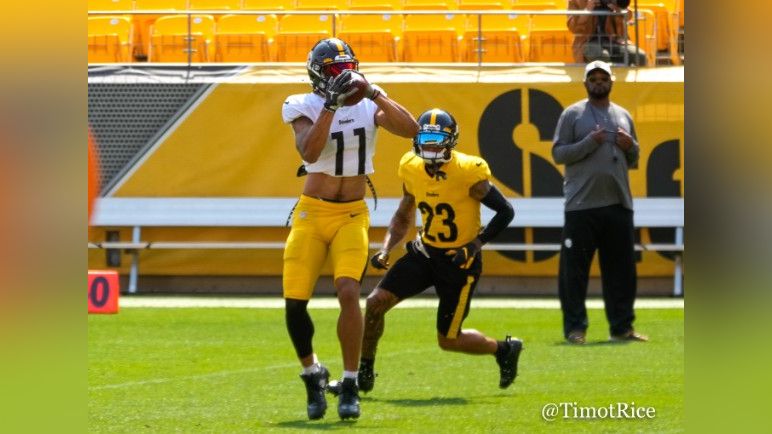 The Pittsburgh Steelers appear to have dodged getting their first major injury of training camp. At the end of practice, Chase Claypool went down trying to make a catch, and needed assistance getting off the field. Fortunately for the team just under an hour later, the diagnosis came back with good news, via a tweet first from ESPN’s Jeremy Fowler, and then followed up on by his colleague Adam Schefter.

Source said Steelers WR Chase Claypool should be fine, what he suffered in practice considered minor. Claypool went down in practice and was helped off.

Early diagnosis is that Steelers WR Chase Claypool suffered a “minor ankle sprain” today and “should be fine”, per source. https://t.co/4wByFeOfA4

For a Steeler passing game that is at its best when all three of JuJu Smith-Schuster, Diontae Johnson, and Claypool are healthy, that is good news. The need for help getting off the field initially indicated the possibility of something more serious, but the reports by Fowler and Schefter indicate Claypool should be fine, and able to be a part of the team’s offense when the regular season begins. No official word has been issued yet as to whether Claypool will be held out of Saturday’s preseason contest against the Detroit Lions.

Update (7:01 PM): Claypool has tweeted out “All is well,” another encouraging sign for the status of his injured ankle.