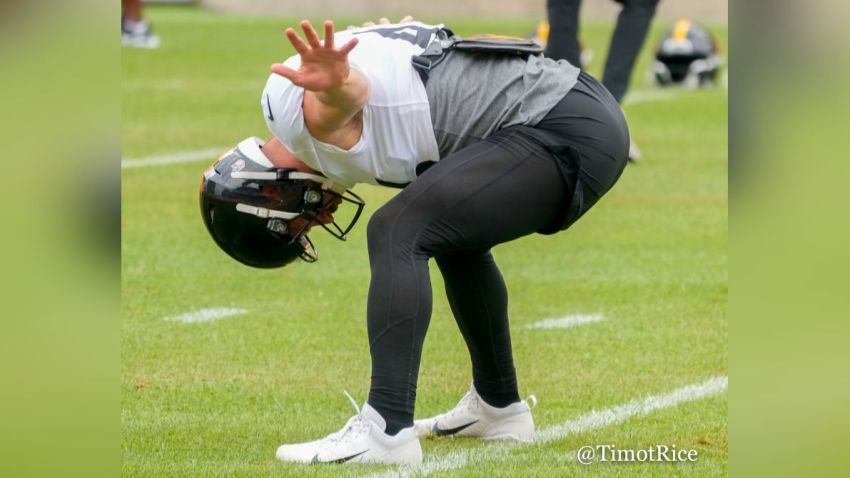 If the final preseason game was important to anybody on the Pittsburgh Steelers last night in a positive way, then it may well have been long snapper Christian Kuntz, whom many expected would have been a part of the second roster cutdowns last week. After he survived those cuts, head coach Mike Tomlin was asked about whether or not he had a legitimate chance of defeating Kameron Canaday, and he confirmed that it very much was a competition.

Kuntz played the entire first half of the Steelers’ third preseason game last week, working with Pressley Harvin III as the holder for Chris Boswell, and one wonders if that were not designed to give the coaches a look at what the field goal unit would look like with those new pieces out there.

It seemed to go off without a hitch, and last night, Kuntz as the only long snapper on the field, period, playing the whole game, as Canaday was ill, according to Tomlin. He snapped the ball for a 52-yard Boswell field goal in the second half. He also recorded a tackle in coverage following a punt.

Kuntz played as an outside linebacker, both in college, in the XFL, and in the NFL as well. He spent some time in the offseason with the Steelers in 2019, and even logged snaps on the edge during the preseason that year.

While he has been strictly a long snapper coming back this year, his defensive background gives him an advantage over Canaday in his ability to be a more effective participant in the coverage unit, something that is not overly common among long snappers. Arguably the best coverage long snapper of all time was Zak DeOssie of the New York Giants…and they drafted him in the fourth round (in fairness, he wasn’t drafted exclusively as a long snapper).

Canaday was originally named the Steelers’ long snapper in 2017, defeating rookie sixth-round pick Colin Holba in a training camp battle for the job that year. The team was saddled with the task of replacing their longtime starter, Greg Warren, that offseason, after injuries forced him to retire.

But he has never truly excelled in his role as long snapper, marked by some inconsistency, and he has previously had penalty issues earlier in his career as well. Still, could it be possible that the Steelers could move him via trade? If there is a team out there in need of a long snapper, they might be willing to offer a conditional draft pick.

The bottom line is that Canaday has given the Steelers no compelling reason to retain him, and Kuntz has given them no reason not to. If they could get a draft pick for one of them, it would make their decision easy, but I think it’s clear that Kuntz has very much put himself in the position of being a legitimate roster option.