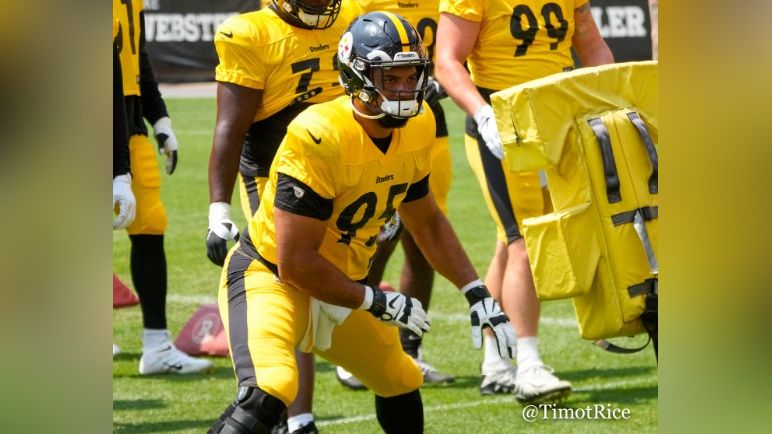 Chris Wormley knows that he didn’t get the opportunity to show the Pittsburgh Steelers everything that he could offer last year after they acquired him via trade. In part due to the limited offseason, in part due to in-season injury, he did not get a lot of playing time, and did not have the impact the former third-round draft pick knows he could have.

The fifth-year veteran has had the benefit of a full offseason this year, with the opportunity to get a lot of first-team reps due to Stephon Tuitt’s non-participation with a personal exemption. He has played well, both during practice and in the preseason, and believes he’s ready to play to the level he’s capable of.

“That was my number one goal this camp, was just to stay healthy, and for the most part I have”, Wormley told reporters yesterday. “Just to get those reps, day in and day out, and continue to build on what I did before and the preseason games beforehand, is so important, because I didn’t get that time last year, and I think it showed during the season last year”.

“I got hurt again”, he recalled of last season, “and just the trust between the coaches and I, I think, wasn’t quite there last year, and that was my biggest thing this year, was just to get that trust, get those everyday in-game practice reps, and just build off it”.

Wormley played in 13 games last season, spending three on the Reserve/Injured List. The time that he missed, coincidentally, happened to overlap with what would have been his greatest opportunity to contribute, as Tyson Alualu also missed time due to injury.

In all, he logged just 148 defensive snaps after playing 849 over the course of the previous two seasons with the Baltimore Ravens, finishing the season with only eight tackles, one sack, one tackle for loss, and three quarterback hits.

The year prior, Wormley played nearly 450 snaps, with seven starts in 16 games, accumulating 33 tackles, and six hits on the quarterback. He is by and large a prototypical 3-4 defensive end, and is capable of doing that well as a rotational or backup contributor behind Cameron Heyward and Tuitt.

That is the role he was brought in to do, and they re-signed him to a two-year deal as an unrestricted free agent this offseason because they know that he is capable of doing more than what they had the opportunity to see a year ago. He has shown that during the offseason, and now must bring it into the snaps that actually count. And his number may be called early depending upon Tuitt’s availability.