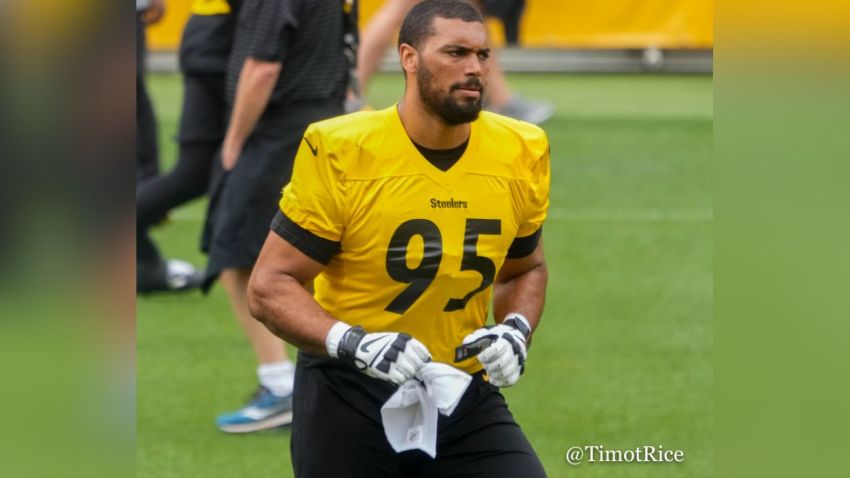 When the Pittsburgh Steelers traded for defensive lineman Chris Wormley from the rival Baltimore Ravens, giving up a fifth-rounder during the 2020 offseason, it was to add to the team’s depth behind starting group Cameron Heyward, Stephon Tuitt, and Tyson Alualu. And Wormley exited his first camp with the team as one fo the primary backups to that trio up front.

However, Wormley suffered an injury during Week 7’s game against the Tennessee Titans, and did not return until the final week of the regular season. That injury limited him to 13 games and 171 snaps in his first season as a Steeler. Back in camp but facing a lot more competition for a roster spot this year, Wormley was glad to remain healthy throughout all of the offseason and camp, have a normal offseason back, and get a lot more work (and some preseason games) in with the team and his coaches.

“That was my number one goal this camp was just to stay healthy, and for the most part I have. Just to get those reps day in and day out and continue to build on what I did the day before and the preseason games beforehand is so important, because I didn’t get that time last year. And I think it showed during the season last year,” Wormley said after practice Monday. “I got hurt again, and just that trust between coaches and I, I think wasn’t quite there last year, and that was my biggest thing this year was just to get that trust, get those every day, in-game reps, in-practice reps, and just build off it.”

Wormley has been competing with players like Carlos Davis, Isaiah Buggs, Henry Mondeaux, and rookie Isaiahh Loudermilk throughout the preseason for a spot on the team’s line, with at least one of those five names likely missing out on the team’s active roster (though likely getting a practice squad spot if they clear waivers).

Wormley seemed the safest bet of the group to make the team, signing a new, two-year contract worth $4.5 million this offseason. It didn’t stop him from working to earn his spot, as well as get a full offseason of work in with the team as he tries to stay healthy and see more time on the field this year than in 2020.

Wormley had eight tackles (one for a loss) and one sack in 2020 for the Steelers. Playing in all four preseason games this year, Wormley had one tackle in each, with a pair of quarterback hits.