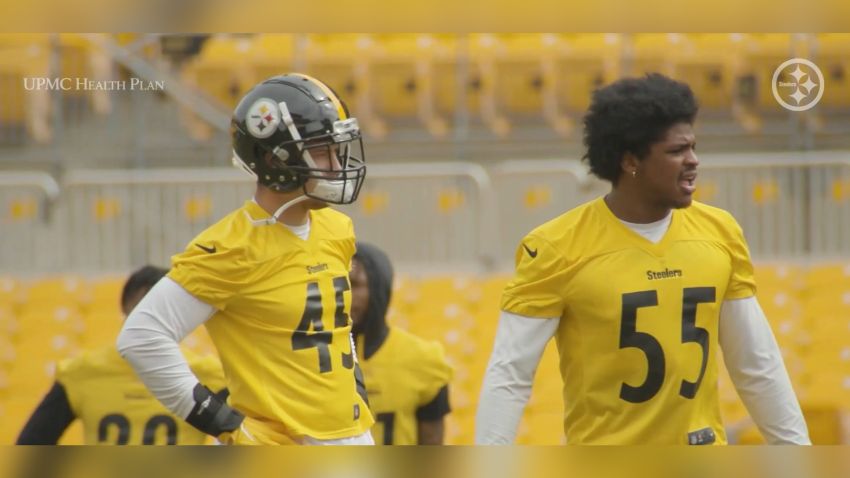 In 1991, George Costanza purchased a cashmere sweater at a discount for Elaine Benes as a gift after she helped him land a job. Costanza knowingly purchased the defective garment, which was marked by a red dot the saleswoman revealed to him after enquiring as to why it was so cheap.

He hoped that she wouldn’t notice, but it was quickly identified. I don’t know that there has been a colorful dot more widely discussed since then until recently, when the subject of who will wear the green dot on defense for the Pittsburgh Steelers became a headline following the trade for inside linebacker Joe Schobert.

A sixth-year veteran, Schobert is a Pro Bowl-level performer who has experience setting defenses. But the Steelers also have Devin Bush, a first-round pick they drafted to be able to do that. He did do that last year, but they have been exploring alternatives this year, with Schobert getting a lot of time with the dot in practice, which Cameron Heyward suggested was progressing well.

“It’s a process”, he told reporters on Thursday. “We understand that he’s still taking in information and trying to spill it out to all of us and some of that is just us communicating back. And he’ll get more and more comfortable as we get going. But I think today was a big step because we really had to work on our communication and work on our hand signals because if it gets loud, what’s going to happen out there? And I thought we did a pretty good job”.

Many have presumed that it was a closed matter and that Schobert would be setting the defense during the regular season—he himself seemed to imply that—though the coaching staff has consistently maintained that that is yet to be determined. Heyward noted that Bush is still wearing the green dot at times as well.

“Devin’s very much still involved” in the communication process, he said. “I think the best thing we can do is train both of them to have the green dot. I think they were taking periods where they would both have the dot, and I think it benefits both in case there’s an injury or something”.

Ultimately, the end result should be that the Steelers will have two starting inside linebackers who are capable of relaying the defensive plays from the sideline in an effective manner, and the process should also build a strong communication between Bush and Schobert.

At the end of the day, it doesn’t really matter who has the green dot, as long as it’s somebody who is out on the field and can do it efficiently while maintaining his play at a high level.