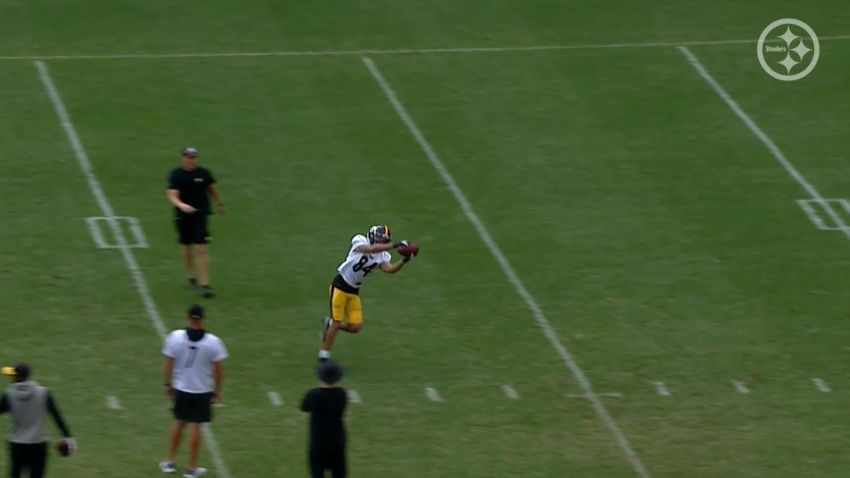 Topic Statement: Somebody will make a strong case tonight for the Steelers to carry a sixth wide receiver this year.

Explanation: The Steelers, more often then not in recent years, do carry six wide receivers. They did not last year, however, and they did not make any prominent additions, either. But a group of young players like Anthony Johnson, Mathew Sexton, Rico Bussey, and Tyler Simmons have offered enough flash to be intrigued, while Cody White is just getting back into the swing of things.

Given the fact that we’re probably not going to see all that much of JuJu Smith-Schuster, Diontae Johnson, or Chase Claypool, and James Washington probably isn’t even going to play, somebody is going to have to be out there catching balls for Mason Rudolph, Dwayne Haskins, and Joshua Dobbs.

That’s point number one. Point number two is that you can make the roster through special teams, too. Guys like Mathew Sexton as a returner and Tyler Simmons and Anthony Johnson as a gunner have shown the ‘want-to’ to through their hat into the ring.

Also, making a case and having it actually happen aren’t the same thing.

Head coach Mike Tomlin did basically say that everyone who started last week will probably play as much as they did then tonight. We will see Johnson and Claypool out there for the early stretch of the game, probably while the starting offensive line is out there.

By the time Checkdown Dwayne gets into the game, are the Steelers even going to be able to move the ball? I’m having a hard time seeing any of these young wide receivers showing up big on offense, at least. And unless somebody makes three tackles and causes a fumble, you’re not going to flash on special teams in just one game.