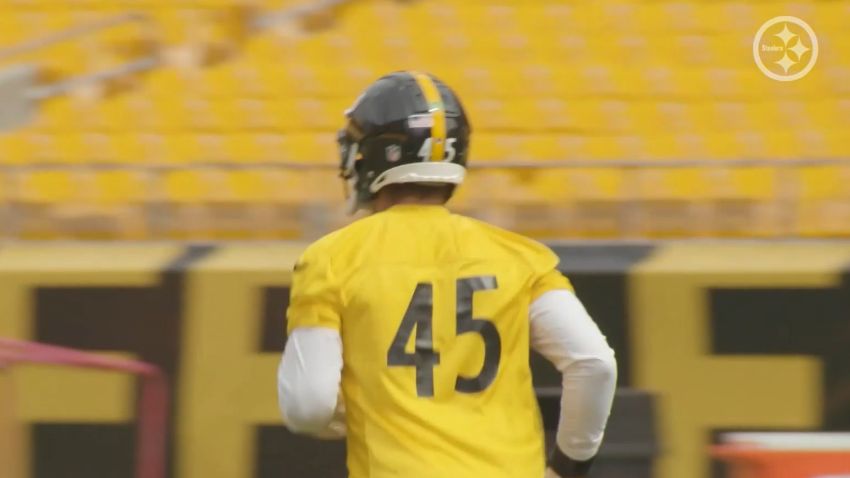 Topic Statement: Joe Schobert will be a one-year rental.

Explanation: The Steelers recently acquired veteran inside linebacker Joe Schobert in exchange for a sixth-round draft pick. Though he signed a five-year, $50-plus million deal last year with the Jacksonville Jaguars, Pittsburgh’s total commitment to him through the 2021 season only amounts to $3.65 million, between his 2021 base salary, the portion of the remainder they are on the hook for that they restructured to reduce his cap hit, and a roster bonus.

It’s very important to understand the economic impact that a trade has on a contract when you’re talking about a player who has signed a substantial deal. The team acquiring a player via trade is not responsible for any money already paid to that player, whether it has been fully accounted for or not.

Schobert, for example, got a $12 million signing bonus on his contract, which spread out over five years would add $2.4 million in prorated bonus money to each year of that deal.

That’s the Jaguars’ problem, not the Steelers’. The total value of the contract they inherit is $34.9 million, nearly $30 million of which is just from his base salaries in 2022-4, none of which is guaranteed. The Steelers would save around $6 million in cap space in 2022 were they to release him.

And what are the chances that they can afford to pay an inside linebacker almost $10 million next year, and then over $11 million in the two years after that? This is a team that walked away from Brandon Boykin, Nick Vannett, and Avery Williams after one season, or even just a part of one season, in exchange for a fifth-round pick. Schobert only cost them a sixth-round pick and under $4 million if they choose to get out of the deal.

By next year, Devin Bush will be Devin Bush, if he isn’t already this year. And they’ll still have Robert Spillane. They’ll have Buddy Johnson going into his second season. Or, worst-case scenario, they can use the savings they would get from releasing Schobert to find a more affordable starter whom they won’t have to pay over $10 million per season to toward the end of the deal.

The nature of Schobert’s acquired contract is that of a pay-as-you-go deal. Essentially, it’s four one-year deals on succession. But if Schobert’s performance justifies retaining him at the salary the Jaguars set for him, then that’s what the Steelers are going to pay him.

They’ve had enough experience in their history with struggles to find quality linebacker play. Now they’re in a state of uncertainty over Devin Bush at a critical point of his career. Granted, that question will largely be answered by next year, but it’s plausible that they are cautious about how close to 100 percent he can return.

Schobert is instantly one of the most proven players on this defense, and fits them like a glove. He feels a lot like a new James Farrior, and already has the production to back it up. Nine interceptions, nine forced fumbles, 11 sacks, and 549 tackles in over five seasons? He’s pure production. You pay that.