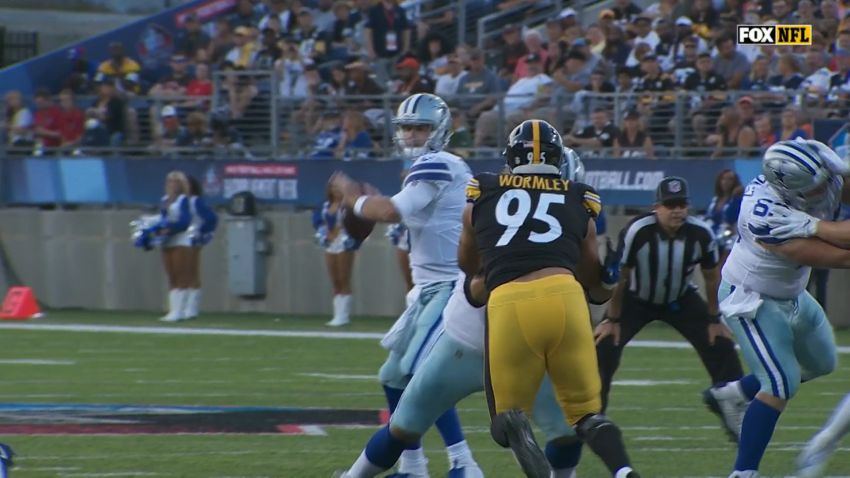 Topic Statement: Chris Wormley will be a surprise roster cut (or trade).

Explanation: Even though the Steelers traded a fifth-round pick for him last year, and they re-signed him to a two-year contract this offseason, the defensive line is the deepest part of the roster, with at least players who are worthy of a roster spot. The top three positions are set, but beyond that, nobody is a 100 percent lock.

You simply have to make room for somebody somewhere, and despite his contract, Wormley is as reasonable a candidate as any of the other players who are in the middle of that depth chart. They wouldn’t save much cap space by releasing him, but the key is that they also wouldn’t lose money. And for the purposes of this conversation, we will also consider a trade a ‘cut’, since they have enough depth here that they might be able to move a guy.

Behind the starters, and Wormley, you have Isaiah Buggs, Carlos Davis, Isaiahh Loudermilk, and Henry Mondeaux. They invested a fourth-round pick in Loudermilk, and they’re certainly not going to give up on him, seeing in him all the attributes of a quality player you can coach up.

Meanwhile, Davis has made himself athletic enough to run on special teams, and Buggs has been highly-praised by his teammates and coaches throughout this process, and has the ability to play both end and tackle.

Can either Buggs or Loudermilk really be a fill-in starter in the event that Cameron Heyward or Stephon Tuitt can’t play? And, by the way, Tuitt has not been practicing. We don’t even know what his status is in football terms. But while I am entirely sympathetic to the grieving process of losing a sibling, the lack of practice could potentially expose him to an increased risk of injury once he does return to the field.

The Steelers traded for Wormley last year because they needed that true number three end. They think that Loudermilk is capable of developing into that guy, but he is not him now. In fact, he’s going to spend his rookie season as a healthy scratch.