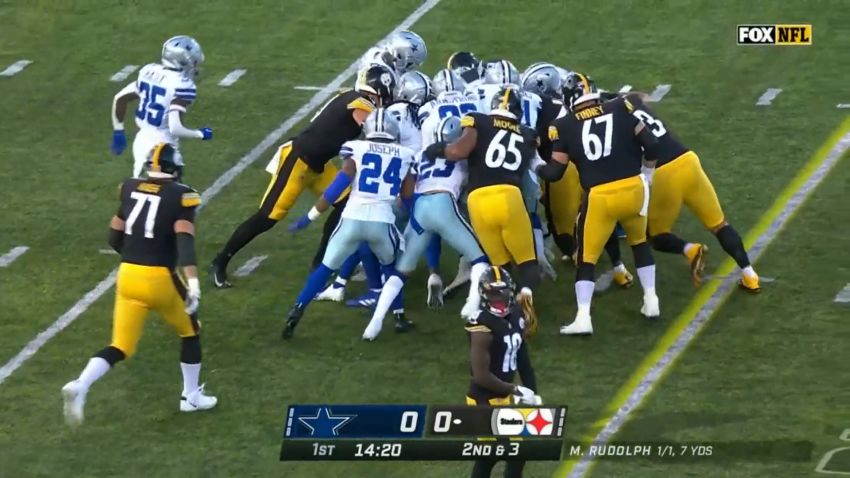 Topic Statement: No conclusions can be drawn about the Steelers’ offensive line based on last night.

Explanation: While it was clear that the Steelers’ offensive line play was outmatched by the Dallas Cowboys’ defensive line, it is also true that they were missing at least four starters, namely Zach Banner, Chukwuma Okorafor, Kevin Dotson, and Trai Turner. Joe Haeg at tackle and B.J. Finney at guard are not representative of what this group will look like a month from now.

Just ask yourself: how many of the offensive linemen that I just watched am I actually going to see line up for more than 100 snaps along the offensive line this year? If the answer is fewer than three, then it would be foolish to try to draw conclusions about the group based on a predominantly second-string group.

And that group featured two rookies making their NFL debut in Kendrick Green and Dan Moore Jr. Upon first blush, it seemed at least that Green wasn’t overwhelmed and didn’t make any obvious mistakes, but even that is a preliminary take.

Any conclusions that we reached now would have to be qualified as being reflective of what the start of the season will look, given all of the components, but that doesn’t mean that we can’t come to any terms about what we’ve seen.

And importantly, most of the players who were missing are the players that we know the most about—namely Okorafor, Banner, and Dotson. Okorafor started 16 games last year, and we’ve seen him at left tackle in the preseason before.

The conclusion is that the Steelers’ depth is a concern as well. The Cowboys didn’t even play their ‘starters’ on defense, either, like Demarcus Lawrence and Randy Gregory. The Steelers’ B-team was outclassed by Dallas’ B-team. That says something.