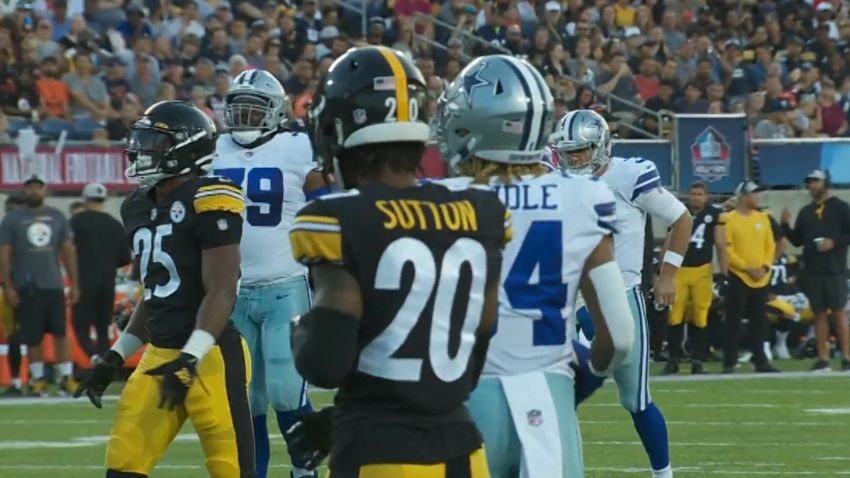 Topic Statement: Cameron Sutton will not finish the season as a full-time, every-down starter.

Explanation: The fifth-year veteran starter has had his share of shaky moments so far during the preseason this year. Often going up against Chase Claypool in practice, he has had his challenges there as well. Meanwhile, young second-year players like James Pierre and Antoine Brooks Jr. are pounding the grass, pushing for playing time.

The contract that the Steelers gave Cameron Sutton is not exactly so robust that they should feel forced to play him. If over the course of the season it becomes evident to them that it makes more sense for James Pierre to start on the outside, then that would be the correct decision to make.

Based on what we’ve seen so far in August, things are heading in that direction. Sutton has had some key mistakes, though has been able to get away with most of them. Pierre, meanwhile, has been consistently praised by his coaches and teammates for the work he has done.

With Antoine Brooks Jr. working his way back to the field and possessing a skill set more in line with what the team wants from a slot defender, it’s even possible that Sutton ends up finishing this season as the dime defender, as he was last year, rather than as an every-down player.

Shouldn’t we know by now not to put much stock in the preseason performances of starters? How many times have we wrung our hands in worry over what this or that player did or did not do in the preseason, only to quickly learn that it was meaningless?

Yes, Sutton has had some flops over the course of the past three weeks, but we have four years of tape that show that he is a capable coverage player, which is what he is going to be asked to do this year. And he can do that both inside and outside. He may move into the slot in the nickel to let Pierre play outside, but he’s still going to be on the field for (nearly) every snap.