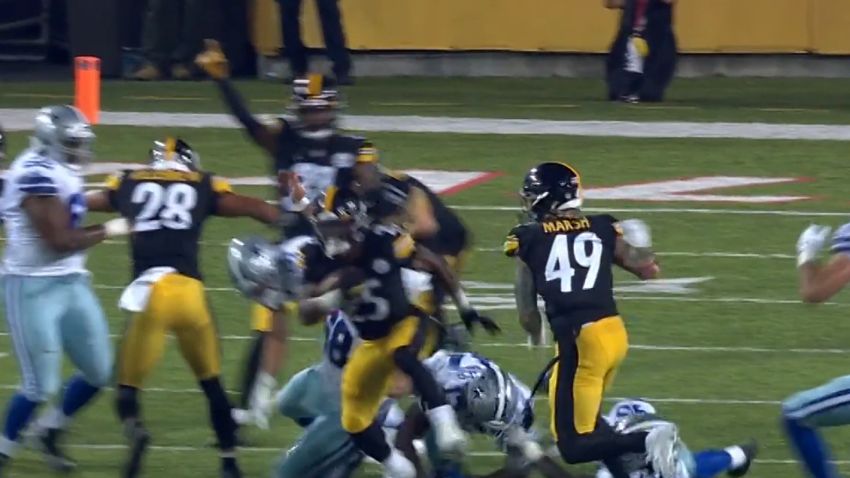 Topic Statement: Antoine Brooks Jr. solidified his grip on the slot defender role in the Hall of Fame game.

Explanation: The Steelers had two primary defenders in the slot against the Dallas Cowboys. Brooks played well and showed up in a variety of arenas. Arthur Maulet’s performance was more shaky, and included a big gain on a crosser on which he fell behind. Thus far, there haven’t been any other obvious contenders.

There was never anybody else. The Steelers have a very specific skill set they are looking for out of the slot, and Brooks is basically the only person in the secondary who could fit the bill. He can be physical against the run and aggressive as a blitzer.

What he really needed to show was how he could hold up in coverage, and he seemed to do that at a competent level. He certainly didn’t give up any big plays. He was also active and around the ball, alert enough to recover a loose ball following a forced fumble.

Bottom line, he was the leader in the clubhouse before the game, and only strengthened his case when he came out. I don’t think you need more than that to qualify this statement as true. He would be their starter if the season started today without a doubt.

It’s still too early to be talking about control of a position at which there is no incumbent. Tomlin only said that Brooks would start the Hall of Fame game, and that is partly because he understands that there’s a lot more to see.

Maulet is a veteran with several hundred professional snaps on film, even if he is new to the team. There’s a lot more that we know about him, accordingly, and so less that we have to see. He could start the second and third preseason games.

Brooks would be the frontrunner right now, but that can change on a weekly basis. A guy like Tre Norwood or Shakur Brown could emerge yet.