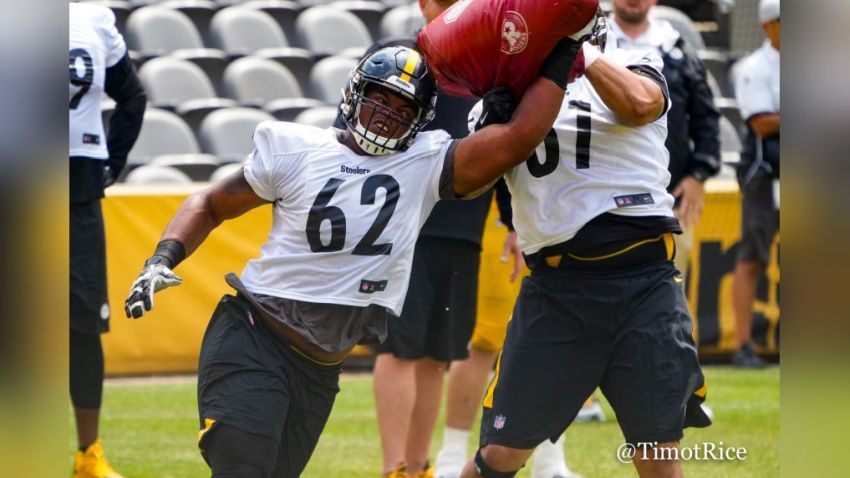 The Pittsburgh Steelers waived offensive lineman Brandon Walton on Tuesday and on Wednesday he was claimed off waivers by the Tampa Bay Buccaneers.

Walton, a Florida Atlantic product who went undrafted in 2020, signed originally with the Buffalo Bills. He was initially signed to their practice squad early last season but did not last on it long. After having tryouts with the Kansas City Chiefs and Seattle Seahawks, Walton was signed to the Steelers practice squad last September, and he remained on that unit all season.

Walton started 12 games at left tackle in 2019 for FAU and earned first-team All-Conference USA honors. After the season concluded, he participated in the NFLPA Collegiate Bowl. He can play both left and right tackle. He reportedly measured in at 6042, 311 pounds at his 2020 Pro Day.

In the Steelers first two preseason games this year Walton played 53 total offensive snaps, with all of them coming at left guard.

Walton was one of the five players waived by the Steelers on Tuesday. The other four players waived along with Walton were kicker Sam Sloman, defensive tackle Abdullah Anderson, wide receiver Isaiah McKoy and defensive back Stephen Denmark.